There are sports you can easily enjoy all-year-round – and skiing is not one of them, right? Wrong!

If you think outside the box and are not afraid to try something new, you have plenty of options for year-round skiing all over the globe.

We have found seven fantastic destinations where winter sports are a year-round obsession!

Alpincenter, hidden in the slopes surrounding the Ruhr Valley, is widely known as the home of the longest indoor ski slope and one of the few resorts in Germany that’s so friendly for skiers of all levels of experience. 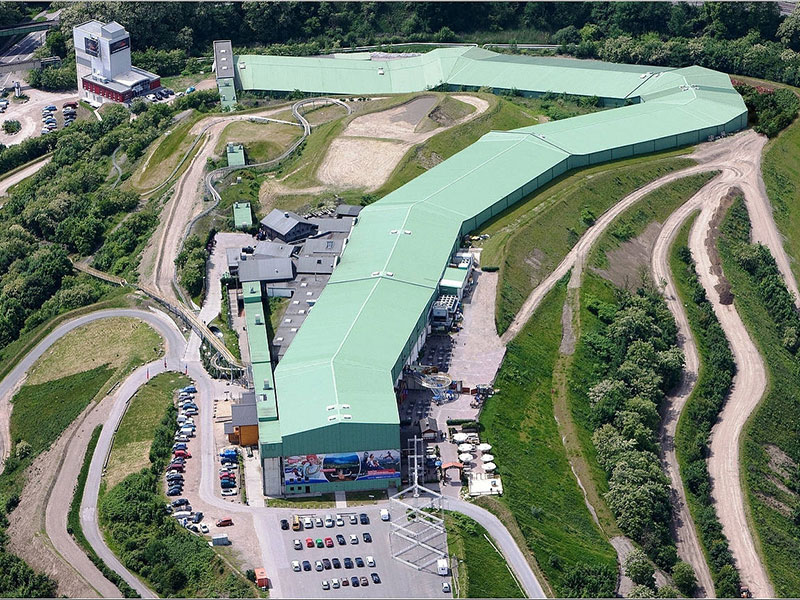 Its main slope stretches for almost 2,100 feet, with several steep sections and a 24% maximum gradient – just perfect for seasoned skiers and snowboarders that wish to warm up before the high season.

Kids and less experienced skiers have their own dedicated beginners’ area.

The huge half-pipe and its 3,000-foot long toboggan run add to the allure, along with Alpincenter’s celebrated Beer Garden.

Have you ever skied on sand instead of snow?

It feels a bit eerie at first, but we assure it is as fun-packed as it sounds! 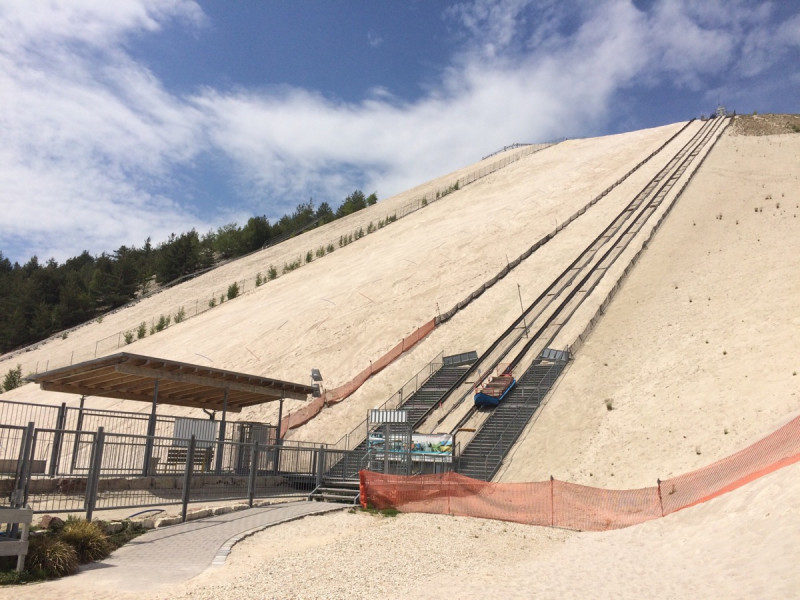 Monte Kaolino is a gigantic sand dune in Hirschau, a city in south-eastern Germany.

Formed by around 35,000,000 tonnes of a by-product of kaolinite (a clay mineral that looks a lot like typical golden sand), Monte Kaolino has turned into the ultimate destination for sand skiing and sandboarding in Europe during the last years.

Leaving out the different scenery and colours, the mountain-shaped resort offers all the necessary elements for great skiing and snowboarding.

There are numerous pistes, an obstacle-filled terrain park, as well as funicular railway that allows skiers to hit speeds of 60mph.

Being one of the most popular and respectable winter resorts worldwide, Tignes owes much of its fame to its extraordinary altitude (its highest point reaches 12,000 feet) and the renowned Grande Motte glacier, which offer excellent skiing conditions even during the summer! 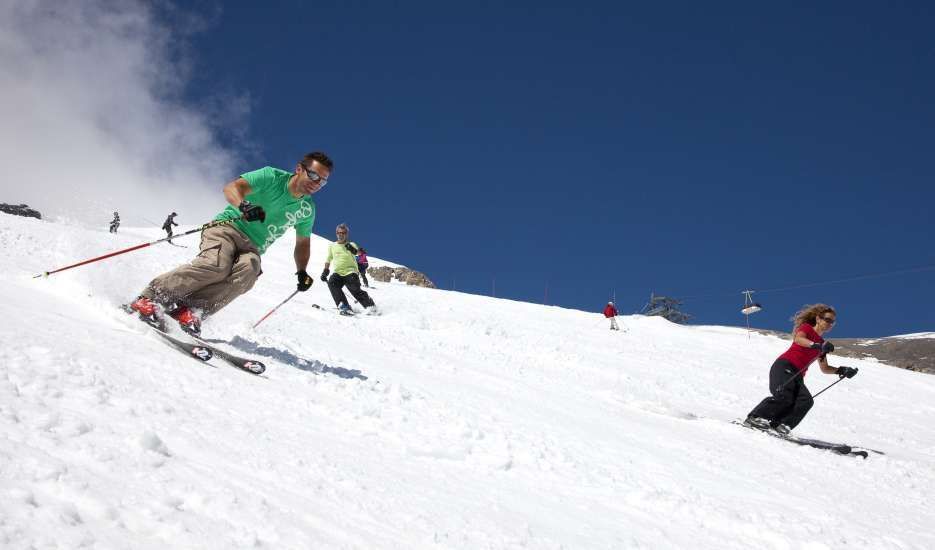 In an effort to enhance Tignes’ year-round skiing destination fame and shield it against the climatic change, resort managers have recently announced plans of an indoor ski slope.

True, Copenhagen has no mountains, but local authorities are imaginative enough to tackle this small problem for ski addicts, who can ski now across the roof of Denmark’s largest incinerator! 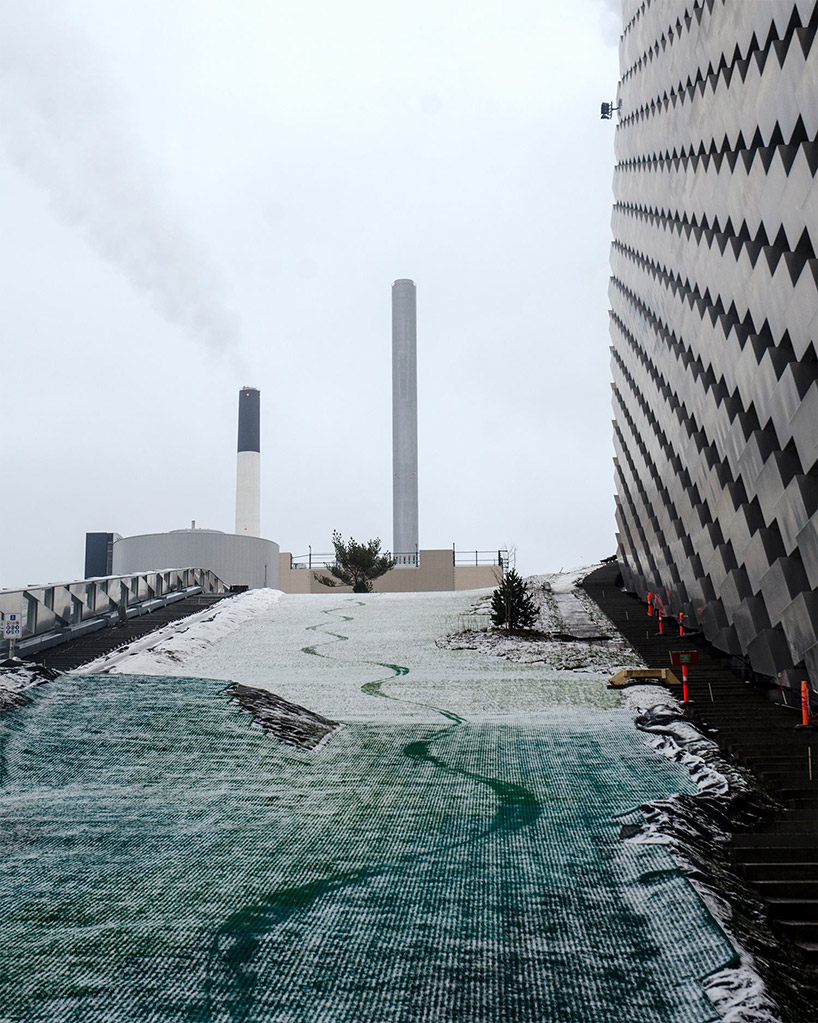 Part of a recent and truly ground-breaking energy project, Copenhill allows skiers to enjoy leisurely skiing and snowboarding while contributing to the protection of the environment and the overall development of the area.

The facilities have received several awards for their imaginative way of coupling practicality with a popular outdoor activity.

The facilities also include an après-ski bar!

Skiing is not exactly the first thing that pops into mind when you hear about Namibia, but that hasn’t stopped ski buffs to find a way to have fun there too.

Namibia has some of the most gigantic sand dunes in the world, especially in Swakopmund, a beautiful sea-side city of western Namibia. Its golden-sand slopes, well-groomed and properly maintained, attract skiers for more than a century, and it was here that Henrik May, the famous German skier, broke the record for the highest sand-skiing speed.

Ever since his feat has attracted attention to this beautiful place, and a growing number of skiers and snowboarders from all over the world visit the place, especially during the summer.

Swakopmund has dunes suitable for almost all types of skiing, including downhill, telemark and cross-country.

Note, though, that it requires a special permit from local authorities.

This is Africa’s first indoor ski centre, which opened to the public a couple of years ago.

Ski Egypt’s Snow Park is an enormous 236,806-square-foot snow-filled haven, that hardly reminds anything of Egypt and the vast sand desert surrounding it. 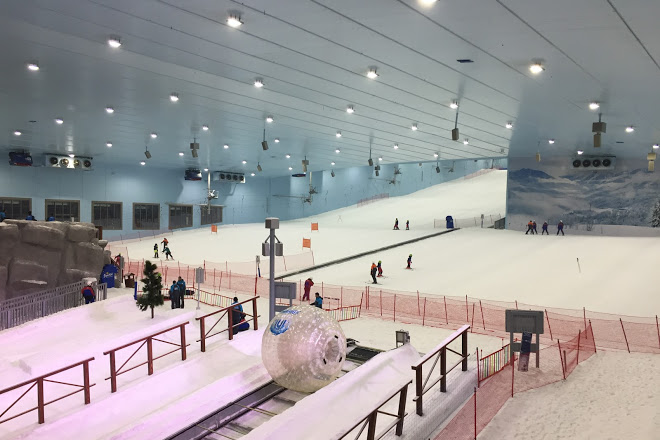 Inside, the temperature drops at -2 degrees, offering a genuine winter experience and an array of family-friendly activities.

Skiers and snowboarders have four dedicated pistes, while the rest of the family or friends who wish to try different things can choose from a thrilling Zorb Ball, a Polar Express Train, or an adrenaline-charged 90-foot long Tube Run – not to mention the chance of interacting with a bunch of adorable and very friendly penguins!

Dubai is the modern-day place of engineering and architectural wonders – so, an artificial ski slope resort does not seem out of place. 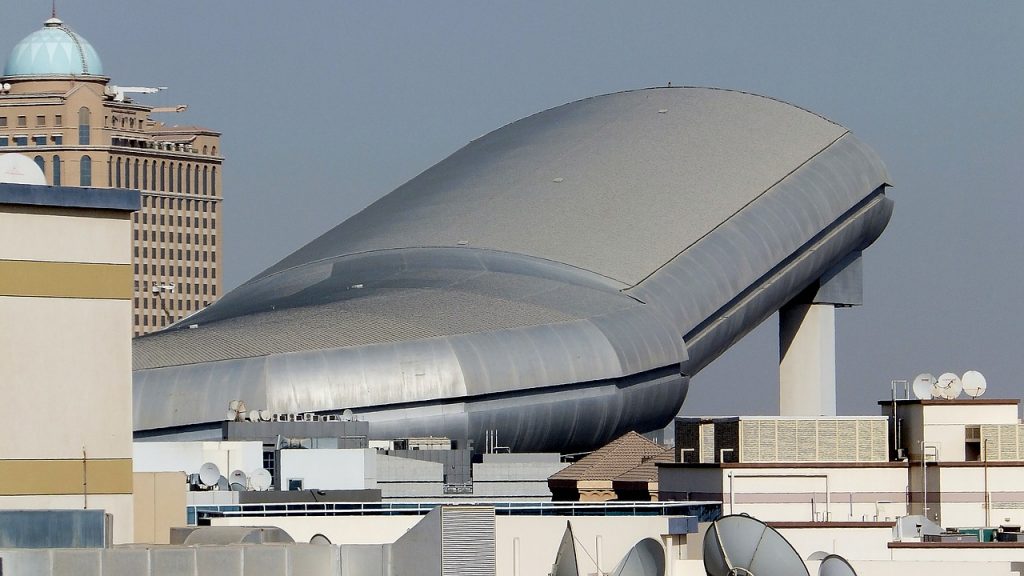 Ski Dubai has its own waddle of penguins too, as well as a 242,000-square-foot piste, with five runs of different difficulty level. 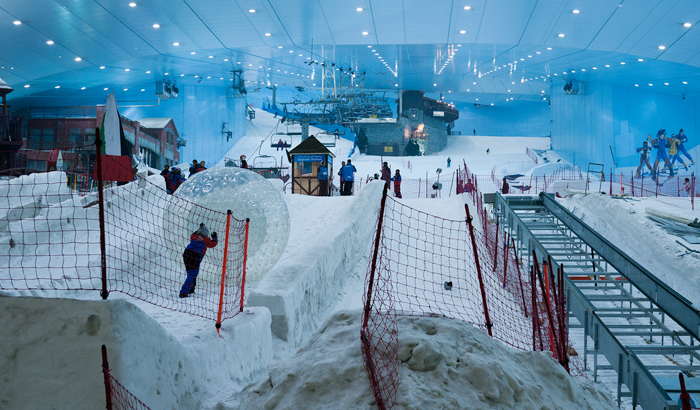 There is also a 48,500-square-foot snow park, with bobsled and toboggan runs, a ski school, and several alpine-themed bars and restaurants for that necessary après-ski touch. 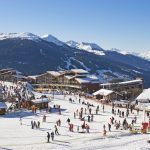 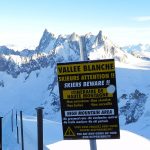