Indoor skiing is the ultimate haven for people who simply can’t wait for winter’s snow to sharpen their skills and feel the sport’s unique adrenaline rush.

It is also ideal for people who wish to learn the basics before hitting the slopes or move to the next level in a climate-controlled environment a few kilometres from home.

Indoor skiing facilities for both alpine and Nordic skiing are popping up all around the globe, including the UK.

However, the Harbin Wanda Indoor Ski and Winter Sports Resort completed recently in China dwarfs them all!

It almost eliminates the need to go to a mountain, since it is officially and by far the World’s largest indoor ski resort! 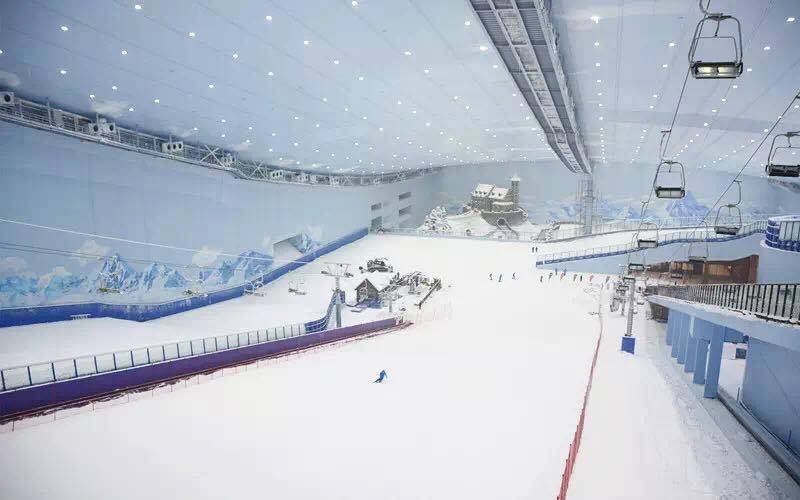 Wang Jianlin, the Croesus behind this gigantic project spared no expenses in its design and development.

The city was chosen after carefully considering numerous factors. Harbin is very close to Russia, boasts winters that last almost half a year, and temperatures that often reach a staggering -36°C!

Thg region is also already known to skiers for its numerous ski resorts, including Yabuli and Changbaishan. 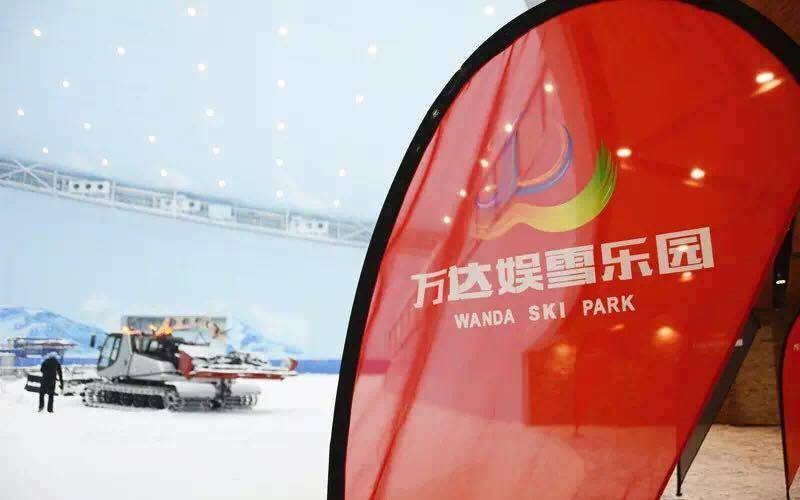 In addition, the city holds the annual International Ice and Snow Festival, gathering hundreds of thousands of visitors from around the globe with its famed ice sculptures of gargantuan proportions.

Investors thought it a great idea to add another resort in the area, which will be able to accommodate skiers of all levels year round.

The overall cost of the construction amounted to almost £5 billion, and works lasted 4 years, including not just the slopes and skiing grounds, but also a mall, a cinema and theatre venues, an outdoor theme park, ice hockey rink, as well as several hotels.

Encompassing a total area of no less than 80,000m2, it does not claim to have the longest indoor run around the globe, but it is the biggest in overall size. 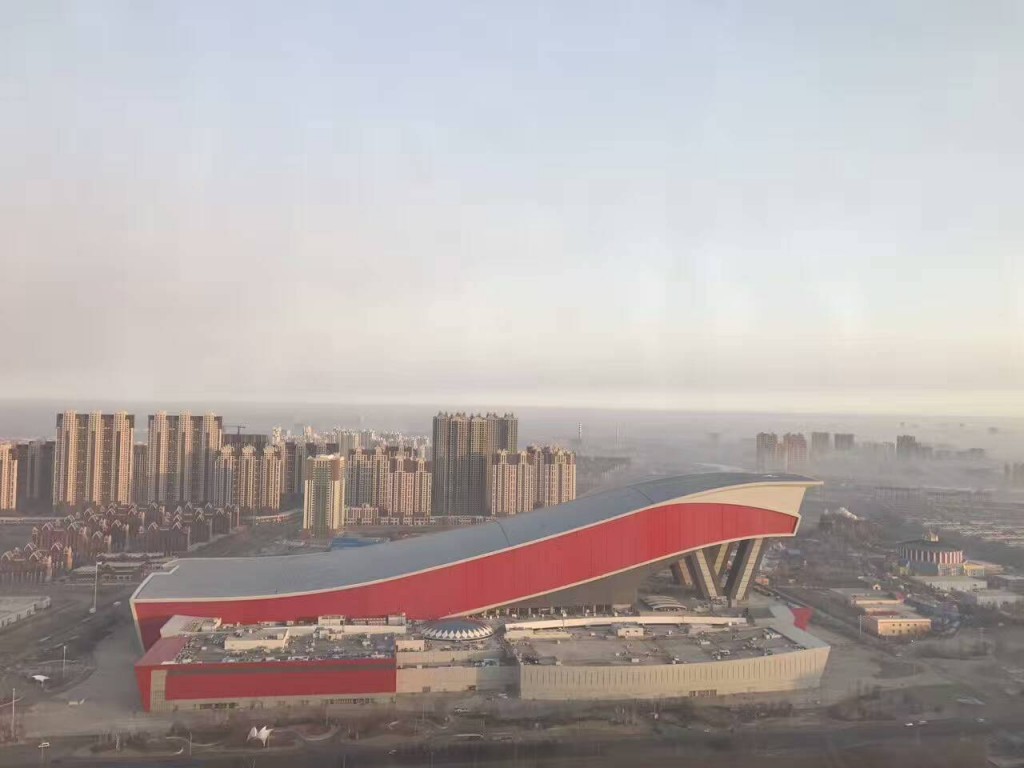 Outside the Harbin Wanda Indoor Ski and Winter Sports Resort

Inside its undeniably impressive building, you will find six different runs, catering for skiers of all ages, skills, and experience.

Beginners try their luck in two 40m runs (served by an indoor chairlift and magic carpet), while ambitious intermediates skiers will be glad to know that the main run designed for them is the fourth longest indoor run in the world, namely 60m wide and half a kilometre long! 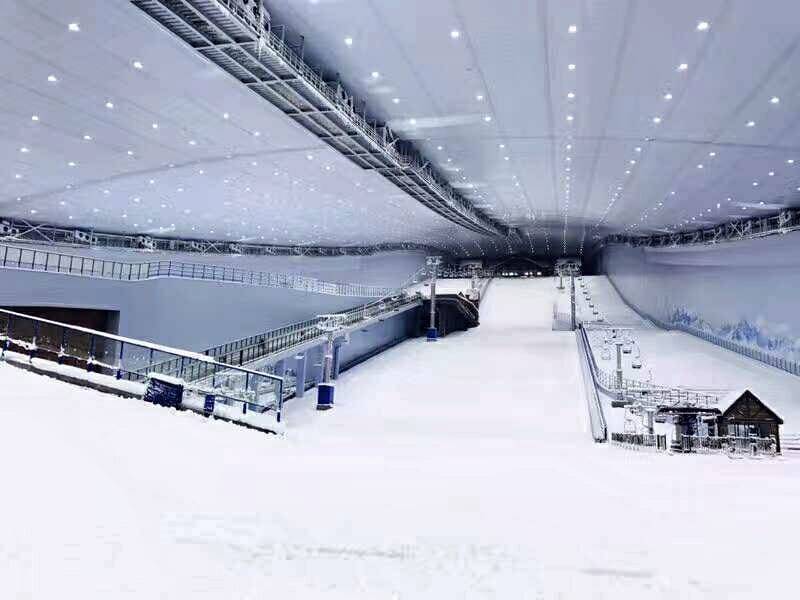 A view of the main run

Seasoned veterans, on the other hand, will love the pair of black runs.

Finally, the blue run and a snow play area designed to keep the kids and children thrilled and active fill in the picture, but they are on no way designed as pure supplements: suffice it to say that you will find there a snow castle!

The Harbin Wanda Indoor Ski and Winter Sports Resort can host more than 3,000 skiers and snowboarders, and snow sports enthusiasts are already flooding from all around the world.

At the same time, locals have expressed an unprecedented interest in learning how to master the snow, especially after learning that their country will host the 2022 Winter Olympics. 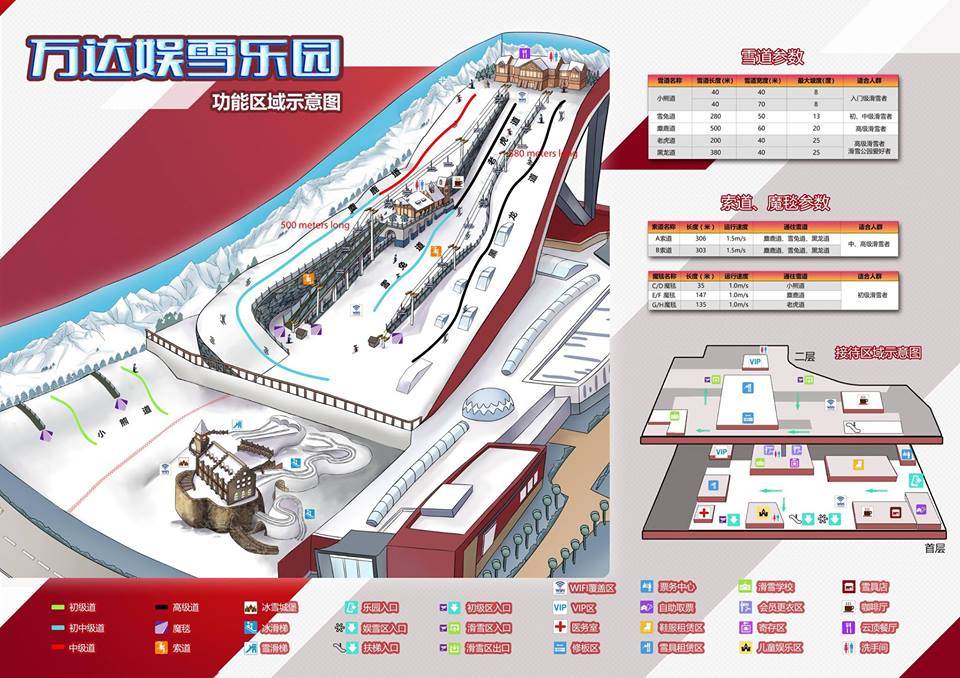 A look at what’s on offer

Useful Information about the Resort

Harbin, the capital of Heilongjiang province in northeastern China, boasts the most bitter-cold winters in the country, and that is why is known as the ‘Ice City’.

Its fame has been a magnet for winter sports buffs for several years now, affording the city excellent accommodation and transportation infrastructures, at reasonable prices.

The best way to go there is, of course, by plane. In fact, there are Airlines offering direct flights from London to Harbin during the winter.

Renowned for its aforementioned ice sculpture festival held during the winter, it would be great to combine your skiing in the new indoor skiing facilities with a close-up view of its magnificent ice creations.

The problem is accommodation availability since the festival’s popularity floods local hotels quiet early in fall, so do your best to plan your trip by the end of summer. 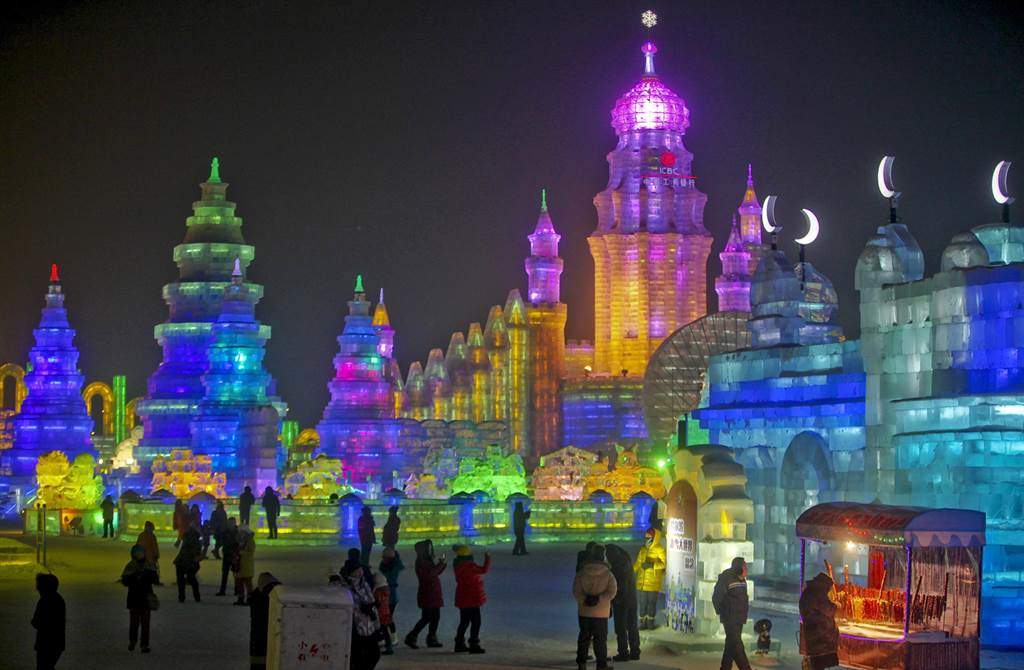 Tickets to the Resort

Tickets’ are quite reasonable.

Unlimited use of the slopes for skiers and snowboarders costs around £56.00, while entering it and enjoying a two-hour tour of the snow castle costs £7 for adults.

Of course, discounts and special offers, particularly for groups, are often available.

A project of astounding size and impressive services quality, the Harbin Wanda Indoor Ski, and Winter Sports Resort has what it takes to prove a huge success. In fact, the resort’s owners anticipate about half a million visitors before New Year’s Eve.

Despite its size, the place is going to get overcrowded during the early months, so our suggestion, if you plan to visit, would be to wait for a couple of months until the initial enthusiasm subsides and plan a trip around January or February.

Just be wise to book flight and accommodation well ahead of time.

Find skiing and snowboarding locations in the UK 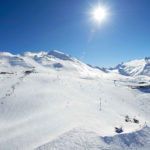 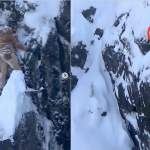 VIDEO: Snowboarder Stuck on Cliff-Face For Hours!
A snowboarder recently became trapped on a cliff at 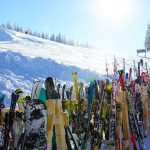 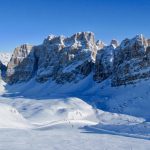 The Ultimate Skiing Bucket List
It’s a commonly known fact that not all runs were created
©Copyright 2019 - skiaddict.co.uk