Where to Find the Best Early and Late Snow

Skiing either at the very start or very end of the season can sometimes offer the best conditions out there.

Normally there’s very few people on the slopes, the queue at the bar isn’t a mile long and the snow can be great.

The only thing is making sure your resort actually has snow. Some resorts are well-known for being great at the start or very end of the season so if you’re looking to make your ski season the longest it can be, we’ve compiled a helpful list of the very best places to go.

A long way away from the alps but the Washington ski area is definitely worth the trip. Mt Baker receives some of the heaviest snowfall on the far side of the Atlantic with an average of 752 inches per season.

Generally, more than 100 inches falls in November so you’re almost certain to have some decent snow if you’re looking to ski before Christmas. 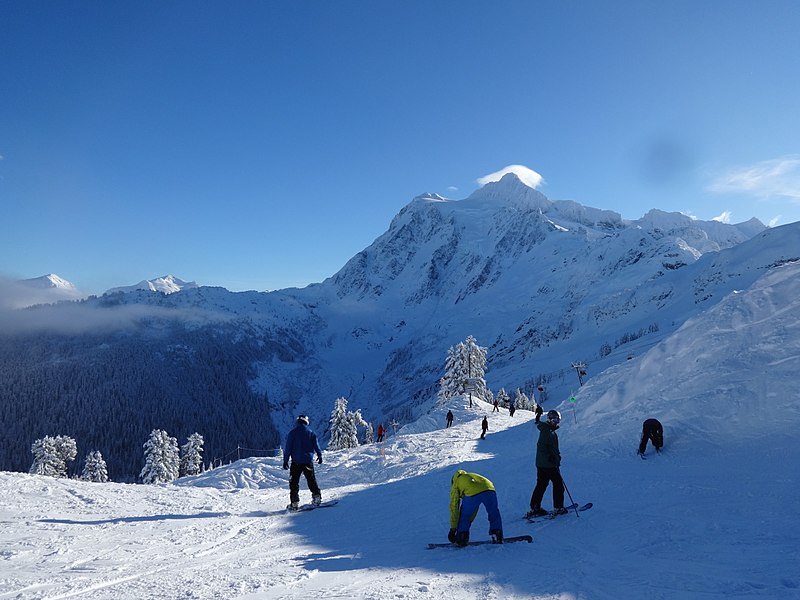 Due to the proximity of the sierra mountains to the Pacific Ocean, and the height of the mountains, snow around this area is a fairly sure bet. It’s worth checking out other resorts nearby if Mt Baker isn’t your thing.

If you’re looking to stay within the alps than you could do a lot worse than heading to the Val d’sère area. Not only does the area have two skiable glaciers but it also has one of the largest man-made snow systems in all of Europe.

So, even if there is no natural snowfall, you’re still guaranteed some time on the slopes. A special mention should go to the L’Espace Killy area which doesn’t wait for the Christmas crowds to open the slopes and is dedicated to opening as much as possible, as early as possible.

Ischgl has more slopes above 2000m than almost any other resort in Austria. It also faces north/north-west so any snow that falls here won’t be melting until springtime.

Once the first snows arrive in November the resort is good to go for the whole season making it a great place to choose if itching to get back out there as soon as possible. 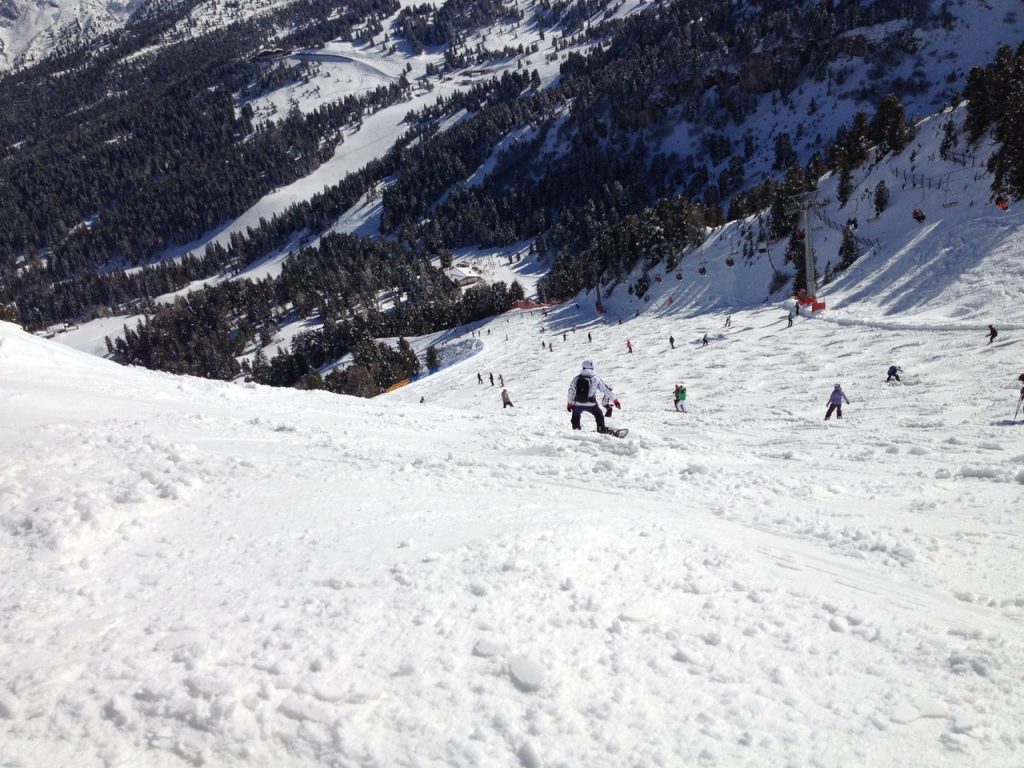 It has over 230km of piste, most of which are covered by snow-cannons including the main runs back down to the resort so at the end of the day you can ski right to the bar.

In the unlikely event that coverage is not up to scratch, nearby Obergurgl has an impressive 99% of slopes covered by snow cannons. With some slopes over 3000m in height, it’s as reliable as Ischgl for natural snow but does have a more limited ski area.

Cervinia is one of the few resorts which regularly opens in October.

It shares a glacier with Swiss resort Zermatt which has guaranteed skiing even if there hasn’t been much snowfall.

Due it the height of the resort any snowfall is likely to stick around for the whole season making it a good bet for an early holiday.

Skiing down to the main resort is usually only open later in the year but you can generally ski to Laghi Cime Bianche (2810m) or Plan Maison (2555m).

By early December, the resort generally has full snow coverage so its perfect for a Christmas/new year break.

Most slopes are above 2500m so snow is pretty much guaranteed until late in the season.

The resort retains more snow later on than in Zermatt making Sass-Fee a great choice for a late-season ski break.

Val Thorens is a favourite all season long as it is Europe’s highest ski resort. However, it is especially excellent later on in the season when the other resorts in the 3 Valleys area have closed and the crowds have dissipated.

Skiing in Val Thorens continues into late May most years. The area has two glaciers and top slopes reach a fantastic 3230m so it’s a great place to head later on.

Situated just above Chamonix, Argentiere often stays open once the main resort shuts in April. Skiing here stays open until May due to the north-facing slopes, which reach a massive 3200m high. 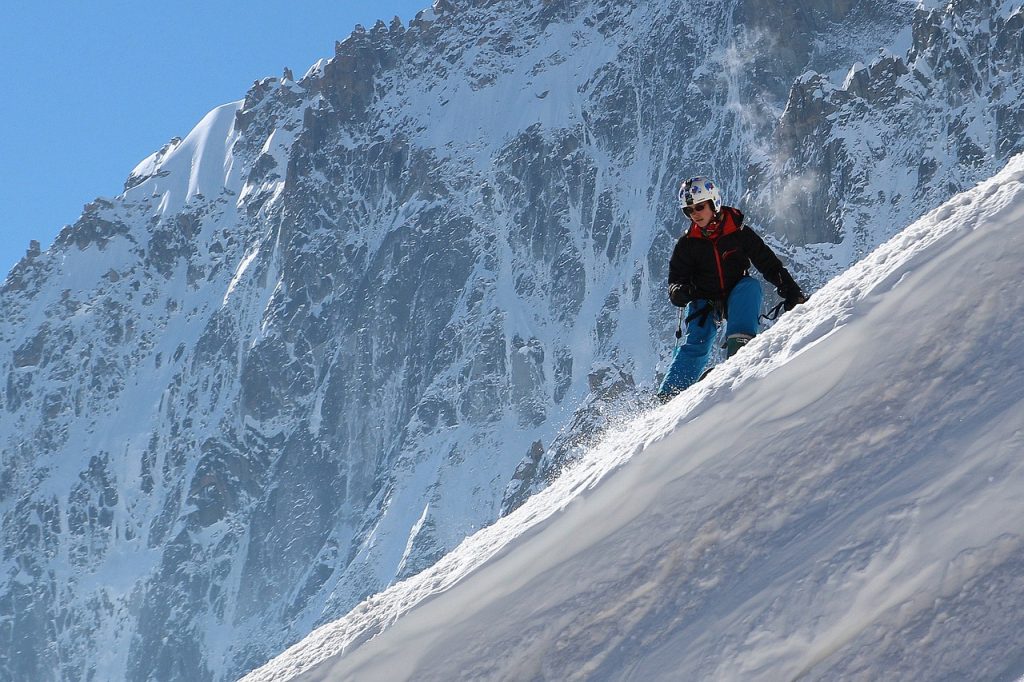 It has one of the largest average snowfalls in the alps so conditions are good well into Spring.

Although snow is guaranteed, the resort isn’t for everyone as most slopes suit intermediate or advanced skiers and the off-piste routes are some of the most challenging in the world.

St Anton has an excellent track record for keeping snow late in the season. Many of the slopes are north-facing so hold onto snow well in Spring and the south-facing slopes have excellent snow cannon coverage.

St Anton is famous for freeriding and has some of the best on offer in Europe. It boasts an impressive 306km of piste and an extra 200km of skiable off-piste terrain.

Another attraction of St Anton is that it is also famous for après skiing. So, if bad luck strikes and the snow is less than ideal, you’ll still have a great time!

If you’re looking to ski late in the season then heading to Riksgränsen in Sweden is not a bad idea. It’s only 910m above sea level but skiing here continues until June. Yes, that’s right, June!

Thanks to its proximately to the North Pole, the resorts 199km of pistes are open well into summer. Another awesome thing about heading to Riksgränsen, 24hour skiing. 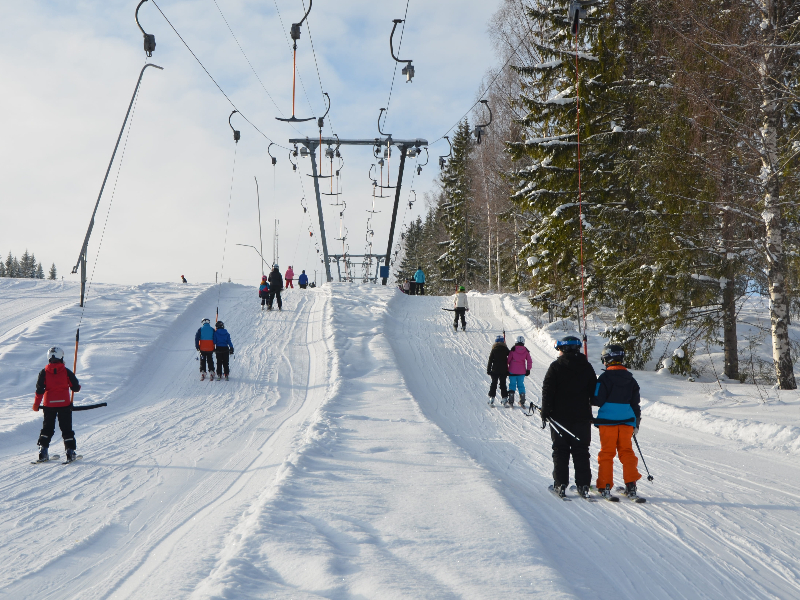 Once again, being close to the pole has its benefits, 24 daylight here means you can literally ski all day long. There’s also some great heliskiing if you fancy it.

Of course, if you are looking to seriously extend your ski season then you can always head south.

The Southern hemisphere has their winter when we are in summer so if you are willing to make the journey, skiing in August is definitely an option!

Not only is this one of the most accessible ski resorts in Australia, just 3 hours from Melbourne, but Mount Buller also has some of the best snowmaking abilities in the country.

It’s got a great mix of easy beginner slopes and some more difficult trails and black runs it’s great for everyone.

It’s one of the more reliable resorts for natural snow but with great snow cannons and a fantastic base resort, if you are unlucky with snow, there’s still plenty to do.

Situated in the Chilean version of the 3 valleys, Tres Valles, Valle Nevado is Chile’s largest resort and has much better snow than neighbouring resorts.

Its high elevation means than once snow has arrived, it stays. It also means that while you are guaranteed lots of snow on the slopes, you’ll also get lots of sun. It’s estimated that Valle Nevado has sun 80% of the time. 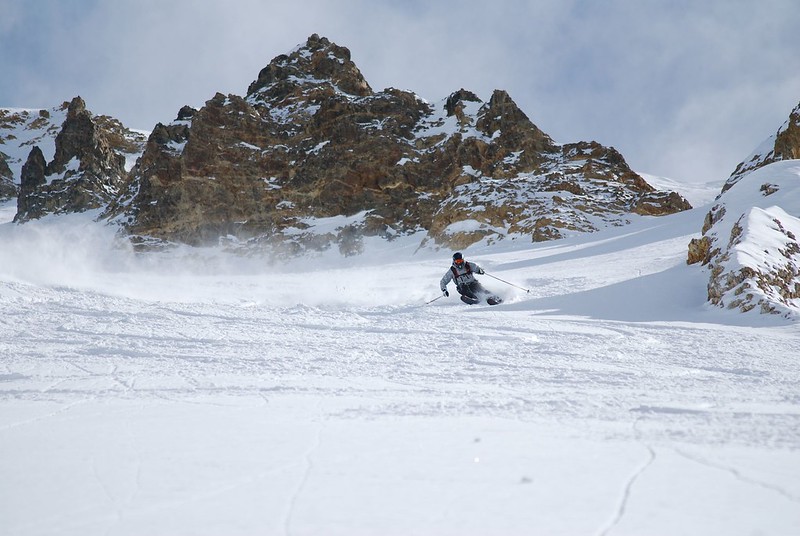 It’s not the easiest place for beginner skiers but if you’re comfortable on the slopes it was some amazing backcountry and heliskiing.

Nevados de Chillan boasts the most snowfall in the country with an average of over 400 inches per year.

It also offers the unique opportunity of skiing on an active volcano. The result of the Volcanic action means Nevados de Chillan has some amazing natural bowls, gullies, and half-pipes.

There is plenty of beautiful backcountry skiing and the trees protect you from the wind making it a real contender for the best resort in Chile.

The resort gets a huge amount of snow so most accommodation is ski-in, ski-out. Natural hot springs mean there are plenty of ways to relax after a long day on the slopes. Definitely worth a trip.

The Remarkables in New Zealand should be on your shortlist of places to go for some skiing in Europe’s off-season. The resort is relaxed and never too busy, the snow is good and there is a range of slopes for skiers of all levels.

Keen Lord of the Rings fans may recognise some of the scenery in the films and don’t be surprised if you coming across a music gig in the middle of the slopes! An additional bonus is that if you have youngsters, kids under 10 can ski for free!

The southernmost resort in the world is also one of the most snow-covered in the southern hemisphere. Argentina’s Cerro Castor resort receives over a meter and a half of snow during its winter season.

It also has spectacular views down to the ocean making it a beautiful place to ski.

Unlike many resorts in Argentina, Cerro Castor has some fantastic snow machines so even if you don’t get the natural snowfall, you’ll still be able to hit the slopes. 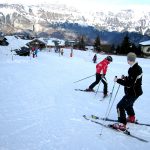 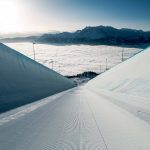 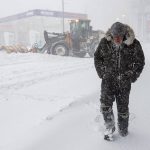 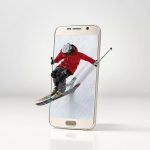