Canada, the second-largest country in the world (behind Russia), benefits from some of the most rugged mountain terrain in the world, a northerly latitude, and subsequent skiing that makes the long trip over the Atlantic (and over nearly six thousand miles of the country itself) well worth it.

The destination of choice within Canada? The Rocky Mountains.

Alpine-style skiing began, as a recreational activity, in Canada only in the 1930’s, but by the 1970s and 80s they were giving the European downhill teams a run for their money. Their ‘all-out’ skiing style was exciting for fans and competition alike, and they were soon given the nickname ‘Crazy Canucks,’ along with their many wins in international competition.

Calgary hosted the Winter Olympics in 1988 (remember ‘Eddie the Eagle’?), but recently voted down a proposal to bid for the 2026 games.

Brace yourself; Canada’s climate is not for the timid. The averages below don’t look too bad, but, especially as one moves further from the stabilising effects of the Pacific coast, the weather can fluctuate markedly from hour to hour. Luckily (for skiers, anyway), the fluctuations during ski season are generally snow-friendly.

Keep in mind that a day may hit a high for only a brief period, and most of the time it will be closer to the low. It also gets markedly colder as altitude increases, and some of the resorts (Sunshine Village, for example) are close to 3000m above sea level.

Here are some averages from a central spot in the mountains, at 800m of elevation:

Canada is a laid back place, informal, and used to a lot of international tourists. Drinking and partying is popular, but is generally contained within drinking establishments or private residents –consumption of alcohol on the streets or slopes is technically illegal, though hip flasks and spiked thermoses are not uncommon.

Canadians are extremely polite as a rule, and it is not uncommon to have a Canadian apologize after being bumped into by someone. Respect and personal space is important though, as is general kindness to people and animals. Don’t mistake polite habits for wishy-washy temperaments.

Unless given reason to act otherwise, Canadians are warm and welcoming in general, and will try to make your stay in their country a pleasant one.

The official languages of Canada are English and French. In the west, English is far more common, and many people will only be able to speak English. At the resorts though, you will find many languages in use, especially Japanese and Chinese, as the Rockies are a popular destination for Asian tourists, and have been for decades.

The Canadian Dollar is worth about 58p at the time of this writing, and is often even lower. This is good news for the visitor from the UK, as your money will go far. Prices at the resorts are considerably higher than in non-resort communities, but with the conversion rates so much in favour of the UK tourist, you won’t feel it.

Canada is rich in natural resources, especially oil and lumber, and you’ll find any discussion of these resources and the environmental impact of exploiting them to be polarising – best avoided, especially when up in the mountains where much of the industry players and environmental movements clash.

Canada is a very modern country though, with excellent road systems, airports, and accommodations.

You could try something in the east, like Mont-Tremblant or Blue Mountain – but the skiing won’t be as spectacular, and the few additional hours in flight time to get to the Rockies is worth every second.

Canada is known for some of the best skiing in the world. What some see as a harsh and unforgiving climate, others see as the ultimate snow machine, padding layer upon layer of the glorious stuff until the weather warms a bit and you get to ski atop metres of pack – with the sun on your face.

There will be a variety of green and blue runs wherever you go, so choose a spot best suited for the most advanced or daring skier in the group, and everyone else will be happy too.

It’s a big, big… BIG country, and the great teeth of the Rockies harbour amazing little pockets of world=class skiing, often with world-class resorts built up around them. 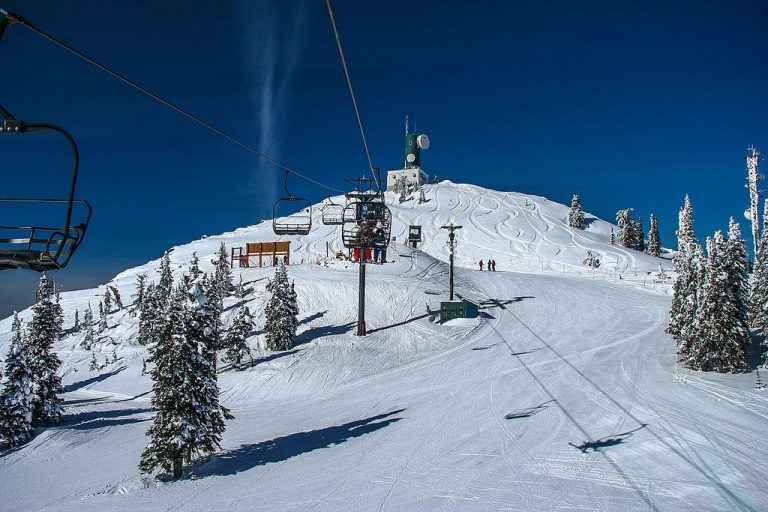 Red Mountain
For unbeatable powder and super friendly locals, true to typical Canadian style, few choices can compete with Red Mountain. This is one ski resort you will want to keep coming back to again and again. Access the resort from...

SilverStar
SilverStar mountain resort is known for its great snow and perfect temperatures. There are very few ski resorts in Canada in which any level of skier can find so many slopes tailored to their needs. The town council ensures all...

Sun Peaks
For incredible family friendly fun and a cool European-style, ski-through village you can’t beat Sun Peaks. This ski resort offers a variety of terrain for all ability levels, a multitude of accommodation choices for any...

Revelstoke
Over the past decade Revelstoke has undergone one of the most dramatic transformations of any ski resort in the world. In 2010 it was a young, slightly rugged resort where only locals and experienced Heli skiers could be found...

Mont Tremblant
Mont Tremblant is a year-round resort located 80 miles outside of Montreal, Quebec, in the Laurentian Mountains. Open from November to April, this resort is a highly-popular location for skiing in Eastern Canada, as well as a... 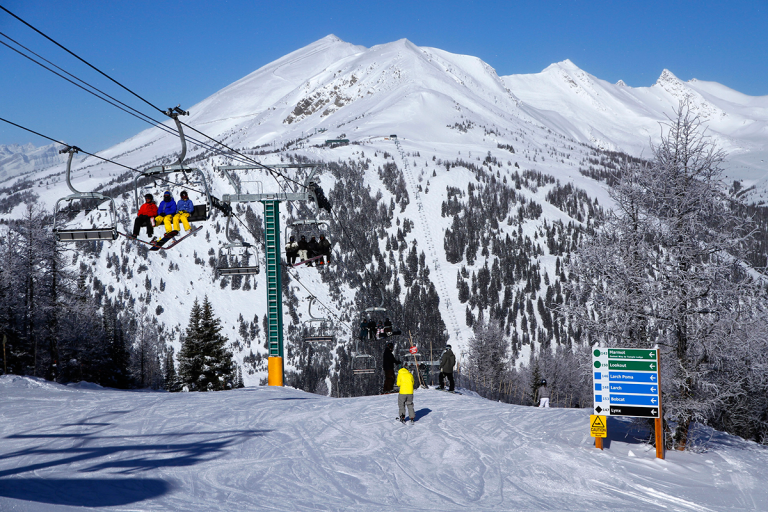 Lake Louise
Lake Louise is the largest ski resort in Canada, and is set amidst some of the most stunning scenery in the world. You won’t find a better view to accompany some truly excellent skiing. The resort is two hours by road from... 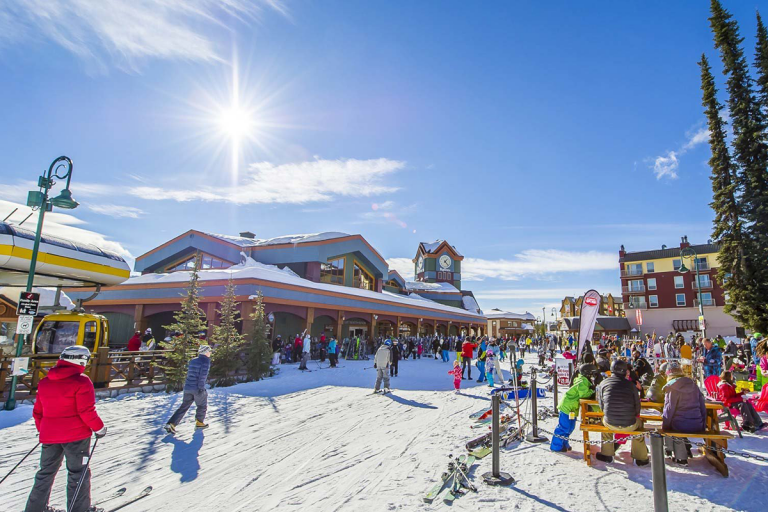 Big White
Tucked away in the interior of Canada’s most western province, Big White is the third largest resort in Canada, and one known for great skiing. The views are stunning, ski run variety high, and other activities plentiful. At...

Whistler Blackcomb
With more than 8,000 acres of terrain Whistler Blackcomb is the largest ski area in North America. The two vast mountains are linked by Peak 2 Peak gondola and are home to more than 200 runs, glaciers, powder bowls, groomed...

Banff
In the heart of Banff National Park you’ll find three superb ski resorts, known collectively as the Big 3 and consisting of Lake Louise, Sunshine Village and Mount Norquay. With nearly 8,000 acres of ski-able terrain and a...
©Copyright 2019 - skiaddict.co.uk