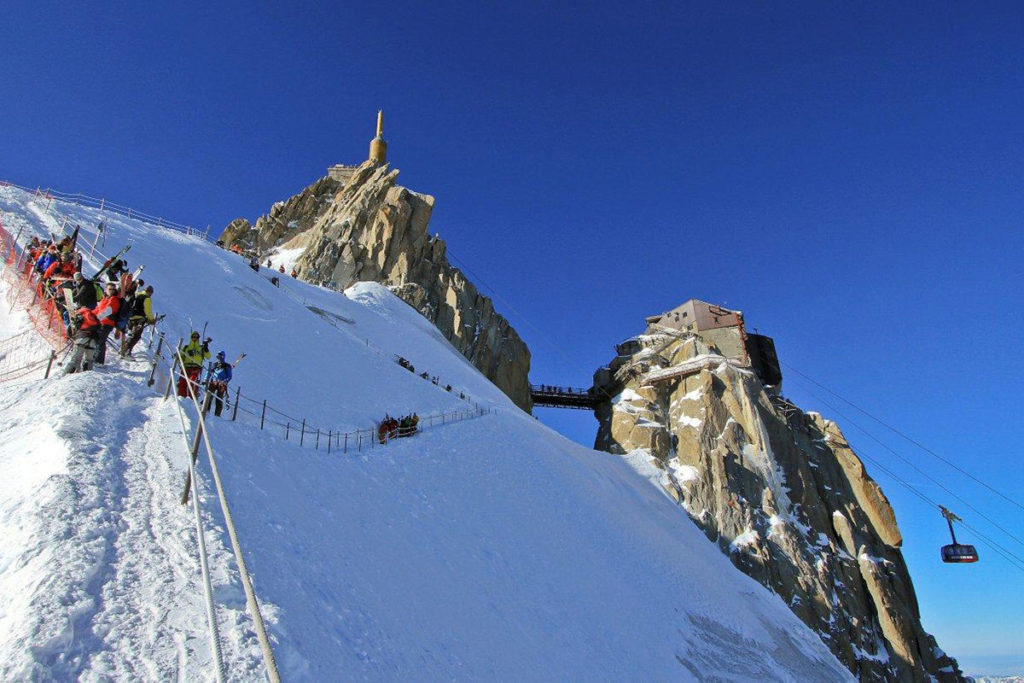 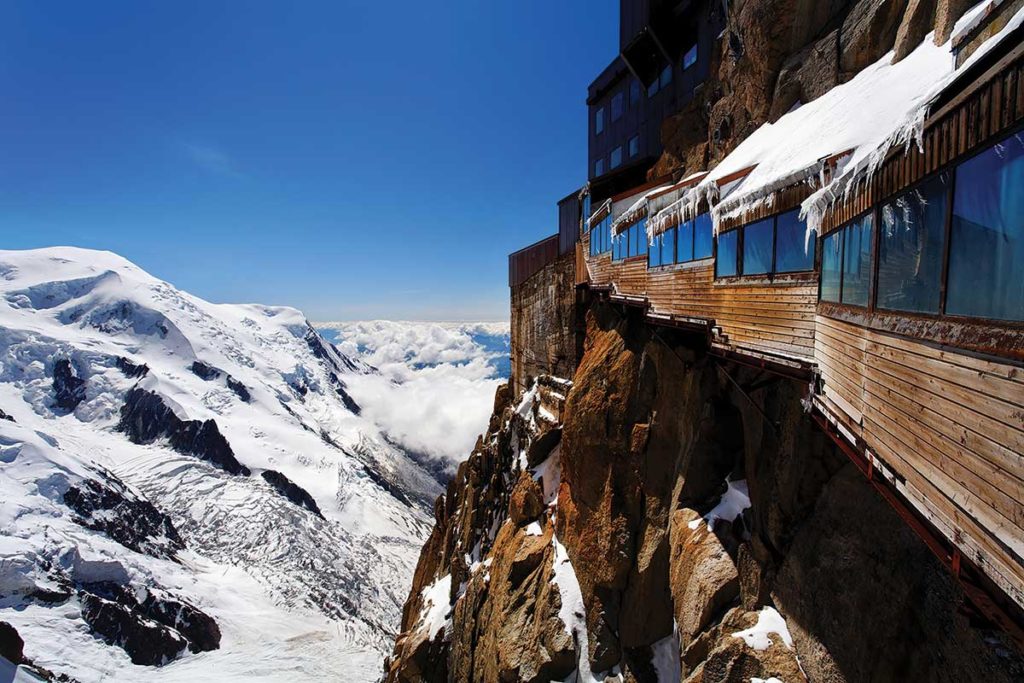 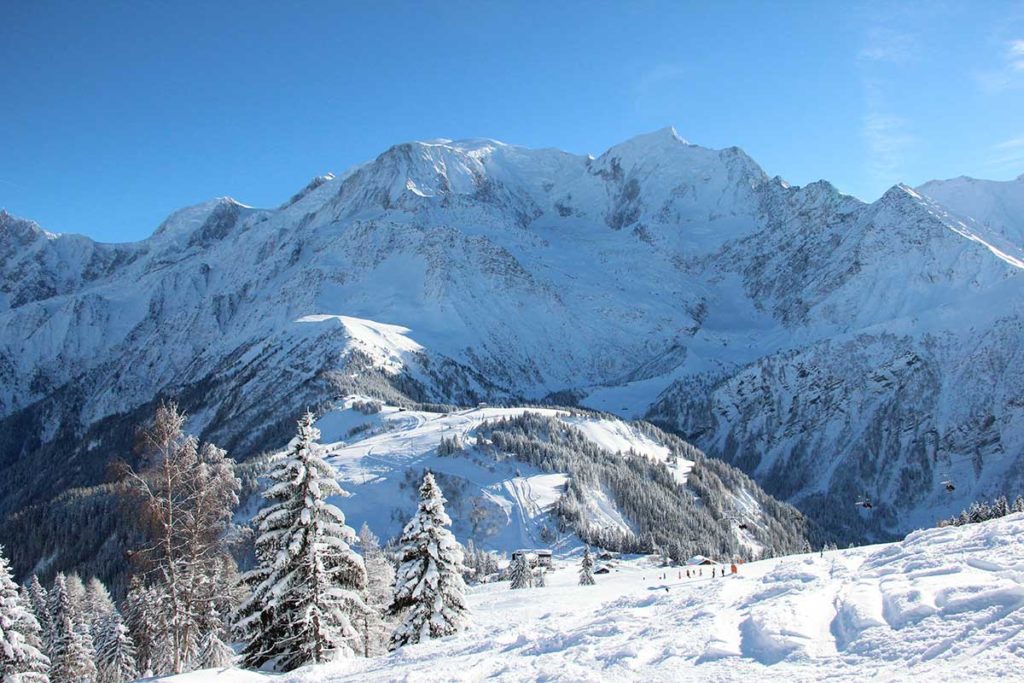 Chosen not only for the terrain, but also for the stunning views of nearby Mont Blanc, Chamonix has been in operation since the beginning of the twentieth century, and was popular long before that as a destination of choice for alpine adventuring.

The heavy traffic through the Mont Blanc Tunnel hasn’t improved the area, but it’s still an excellent choice for long, varied runs and excellent powder off-piste.

Chamonix has a population of about nine thousand permanent residents, but of course the population soars at certain times during ski season. The town itself is a mix of Victorian and Belle Époque architecture, with pedestrian-only traffic in the centre, which makes it an excellent place to stroll around, checking out shops, cafes, restaurants – or just people-watching.

There are other choices of location too, each within easy distance of the resort, but quieter, if you’re looking for a peaceful retreat from the traffic and parties of the centre.

Coming in by air is generally through Geneva, then about an hour (80km) on a bus gets you to the resort itself. There is a choice of train station (Chamonix or Argentière) within a five-minute drive of the slopes.

There are pistes here which will challenge expert skiers, long smooth runs for cruising, and a few good runs for beginners too. Everyone will have something on the slopes, but the difficulty level is heavily skewed toward the more experienced and daring skier. The area is used for qualifying ski instructors and mountain guides, because it offers the full range of experience, including the very difficult.

The powder is excellent, if you’re willing to go off-piste to find it, and the terrain park will keep the trick-oriented busy with excellent design and upkeep throughout the year.

Though some of the slopes are toward the lower end of acceptable altitude, and therefore can suffer a little more from unseasonably-warm weather or sustained sunshine, there are always higher slopes that hold up better.

The range in altitude also means that skiers can adjust location to account for the weather, hitting the top runs when its warm and clear, then exploring the lower, more sheltered runs if the weather takes a turn for the worse. Many skiers will hardly notice poor snow conditions at the bottom, as they’ll have already followed the sun to the peaks.

If the year is getting on, and the sun has wrought some damage lower down, the glacier is reliable, often offering its best conditions in April.

The resort as a whole is open from 15 December to 5 May, with good conditions prevalent for the whole of that time.

The best way to find lively parties and clubs is to start in the centre of Chamonix town. As one moves outward, things tend to get a little quieter and to close a bit earlier. In the centre, parties go from mid-afternoon until well into the morning hours, but take care to plan for a way back to your rooms – the buses stop running at midnight.

There are three key location for serious partiers in Chamonix: Elevation 1904, Chambre 9, and Moö. The party echoes and reverberates between these three, and there is always something going on after the slopes go quiet.The Bar du Moulin, Les Caves, and the Chamonix Social Club are also busy spots later in the night, and you’ll often see the crowds shift there, starting a little before midnight.

If it’s fuel for the party you’re after, you’re in luck at Chamonix. Not only are there a lot of restaurants to choose from, but they’re good ones too. Book a table for lunch at Chalet Refuge de Lognan, right on the slopes, or Arrêt Bougnète, right below them. If your wallet is a bit thicker, and your tastes run more to finer dining, Plan Joran is nice, and La Bergerie de Plan-Praz is known for elevated traditional dishes.