Meribel is one of the prettiest resorts in the Alps, with a traditional and friendly village atmosphere.

Sitting in the heart of the vast Three Valleys ski area and linked to Courchevel, La Tania and Val Thorens, there are more than 600km of pistes to explore, with 150km in Meribel alone.

Known as ‘Little England upon the Alps’, Meribel is perennially popular with British skiers. Over half the visitors come from the UK, and many of the staff in the bars and restaurants are Brits working for the season. This means that the nightlife here can be fairly boisterous, which is great if you’re looking to party on your ski holiday.

Meribel is a purpose-built ski resort but it still maintains a quaint village charm. There are no high rises and most of the buildings are designed in the chalet style, spreading out for 10km along the valley.

The villages of Meribel Centre are found between 1600m and 1700m, and include Mussillon and Altitude 1600. Altiport is the highest village at 1700m. The villages of Brides les Bains and Les Allues also feed into Meribel by cable car and shuttle bus.

Accommodation is mostly in the chic and upmarket chalets but there’s a good choice of hotels and self-catering apartments too. But if you want ski in/ski out accommodation then you need to choose carefully. Although most chalets that are not near the piste side offer private mini-bus transfers. And there are spacious and free resort buses if you’re a little further away.

The après ski scene is lively, with plenty of Brits adding to the party atmosphere. Most famous of the bars is La Folie Douce, located near the Saulire cable car it’s been compared to clubs in Ibiza. Opened in 2012, skiers and boarders flock here after a day on the slopes to drink and party on the terrace.

If you’re looking to pick up some of the latest gear from the major brands there are plenty of shops in town. And for another kind of fun, head to the Olympic Centre. Open every day, there is a swimming pool, with slides and a spa, plus a climbing wall and indoor ice rink.

Located bang in the middle of the largest lift-linked ski area in the world, Meribel has access to the massive 600km of slopes in the Three Valleys ski area. 150km of these are in Meribel itself, much of which is above the treeline, but there are still plenty of lower sheltered runs if the weather turns.

Meribel has a good mix of terrain for all abilities, with lots of long cruising reds and blues, and some nice tree-lined beginner slopes. It’s all serviced by a fast and modern lift system.

However, most people invest in a Three Valleys pass. With over 169 high performance lifts, 2,100 artificial snow making machines (just in case) and 321 alpine runs spread from Courchevel to Val Thorens, and Orelle toi Les Menuires there is enough skiing to keep anyone happy.

Around Meribel, beginners should start out at Rond-Point or Mottaret, where most of the ski schools practice. The green runs of Altiport are also great for newbies, with tree-lined runs all the way down.

Intermediate skiers should head up to Tougnete in the morning, with some quiet red and blue slopes back down to the main resort. Plattieres-Vallon also has a good choice of red and blue runs, as does Saulire.

The best pistes for advanced skiers are found up at Mont du Vallon, with some excellent black runs down from Tougnete and Ecureuil. If you’re in the mood for some moguls, head over to Mont de la Challe where there’s a good bumps slope served by a drag lift.

Freestylers should check out the DC Area 43 snowpark. Set up in 2012 in Meribel-Mottaret, there’s more than a kilometre of park served by two lifts, with an excellent selection of kickers, rails and boxes for all levels. There’s also the Moon Park, accessed via the Arpasson chairlift, with plenty more rails and boxes.

There’s an exceptional choice of freeride terrain for skiers and snowboarders to explore in the wider Three Valleys. But for freerider in the Meribel area they should head up Mont du Vallon, the resort’s highest peak. It’s untracked for the most part, with steep freeriding available.

Alternatively, head to the Mont Vallon bubble where you’ll find a huge off-piste bowl with some big drop offs. More off-piste is found off the top of the Olympic Express chair to Roc de Fer. There’s an almost one-kilometre descent down towards St Martin with some excellent snow to the left. As always, be aware of the avalanche risk.

If you’re inexperienced at free riding but want to learn in safety, stick to the designated freeride areas that are avalanche controlled for safety. The Moon Ride is a good option for building confidence and finding your powder legs. 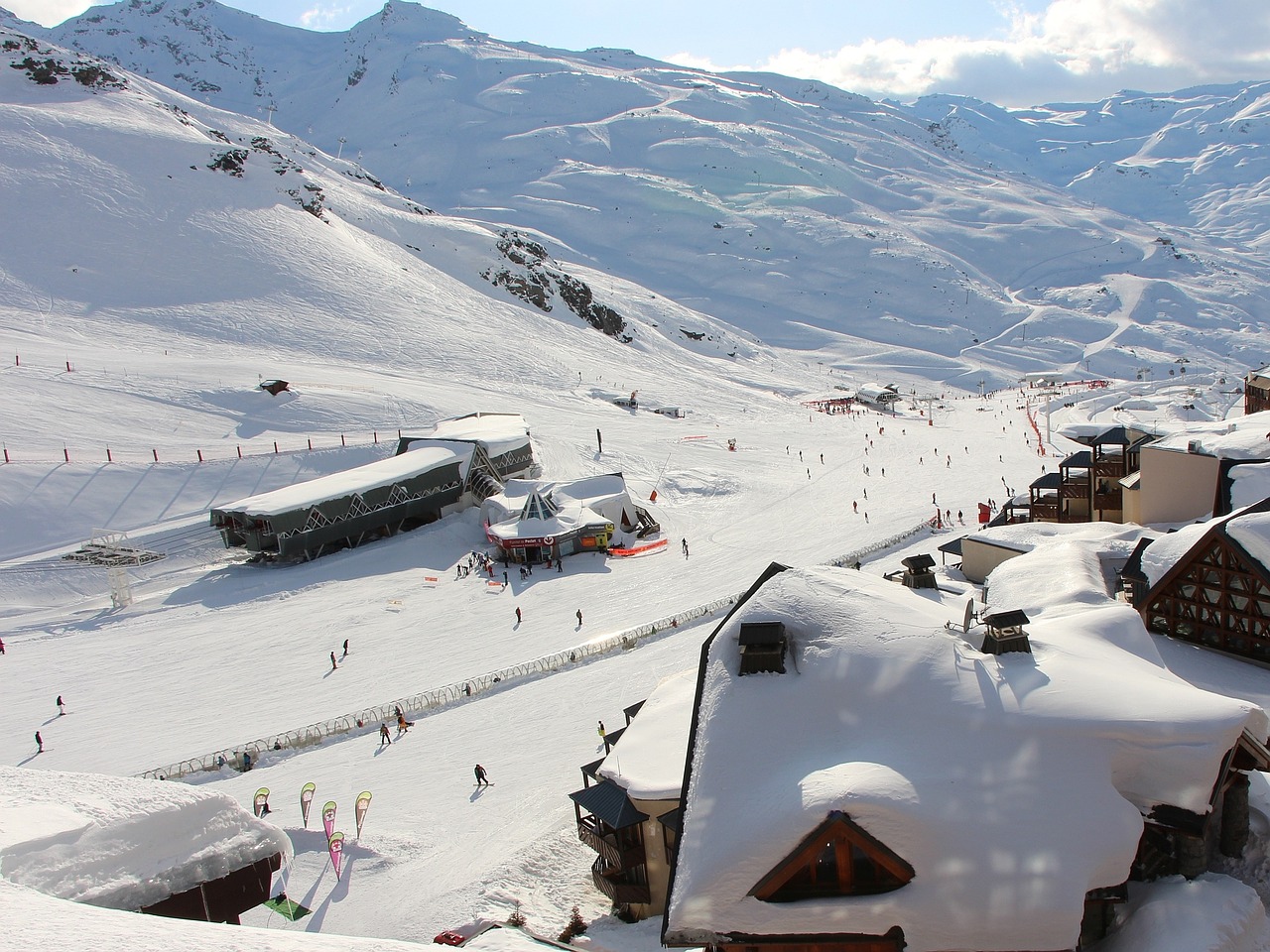