Switzerland is located between Germany in the north, France in the west, Austria in the east and Italy in the south. Due to this central location, its culture is a blend of local languages and traditions with those of its neighbours.

Though not known as a flat country, the Swiss Alps are markedly more rugged than the northern regions, and comprise about half of the country’s 16,000-square-mile area.

Organised skiing in Switzerland was underway at least as early as 1893, with some practitioners active much earlier than that. Postal services and the military used skis to aid them in alpine travel, and it soon grew in popularity as a leisure-time activity as well.

The first modern slalom race was held at Mürren in 1921. The (2nd) Olympic Winter Games were held in St Moritz in 1928 and again in 1948, the first post-war games being awarded to Switzerland largely because of their official neutrality during the war.

The first T-bar lift was introduced in 1935 at Davos.

The average local temperature varies from resort to resort, but don’t stray too far from the Alpine averages:

Many mountaineers claim that it gets 1° cooler for every 100m increase in altitude. This varies a lot depending on other factors, but it is something to keep in mind.

Swiss people love to greet one-another in the street – often even if they are strangers. This is considered normal polite behaviour, especially outside of the big cities, and will become a reflex once you’ve been there a while. When meeting someone formally, shake hands firmly and look them in the eye… you’ll fit right in.

Sometimes the more reserved manners of the Swiss can seem cold, but they are not unlike the British in many ways, and a little time together will melt any initial coolness.

The Swiss are punctual, and busses and lifts will leave on time. Reservations will be held until shortly after the agreed time, then cancelled. If you find you’re running late, a phone call may save the table.

Many restaurants in Swiss alpine resort towns boast traditional dishes on the menu. These are highly influenced by German, French and Italian cuisine, but vary widely from region to region.

Switzerland is known for a multi-lingual population, and that is reflected in its national languages: German, French, Italian, Romansh. Many people also speak English, but don’t expect it of everyone.

The currency is the Swiss Franc and, though rates fluctuate, each Franc is worth about 76p.

Switzerland is expensive by British standards and is known as one of the most expensive countries in the world. Add to this the higher rates charged at ski resorts, and the ills can add up pretty quickly. That said, it returns decent value for money, and caters to some of the most discerning clientele, offering a wide variety of luxury services, shopping and accommodation.

There are 335 ski resorts in Switzerland at our last count, and this number will no-doubt continue to rise.

Switzerland is almost synonymous with skiing. Its resorts are high and relatively snow-sure, with long seasons and a lot of glacier-skiing that offers good condition even when other areas are suffering.

On and off the slopes, the architecture and genuine alpine culture and aesthetic adds charm and traditional flare to any ski holiday. When you return from a trip to ski in Switzerland, you’ll know you’ve been to the Alps. 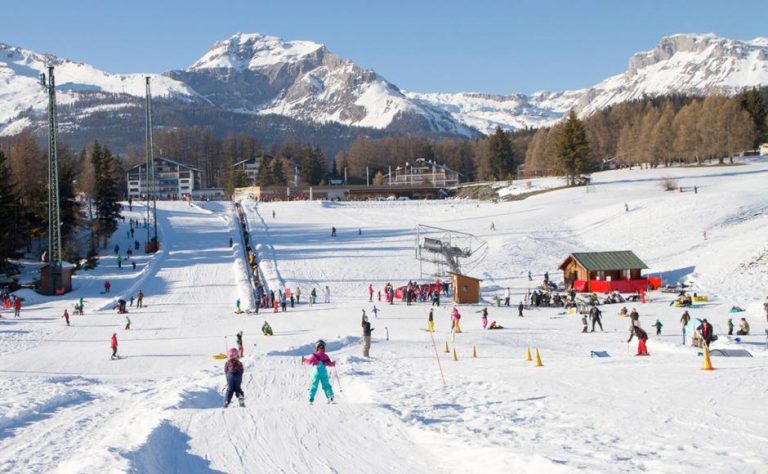 Crans Montana
Technically speaking, Crans Montana is actually Crans and Montana. The two towns are nestled less than a mile apart in a quiet Swiss valley.  Developments along the adjoining road has led to the two towns becoming one larger... 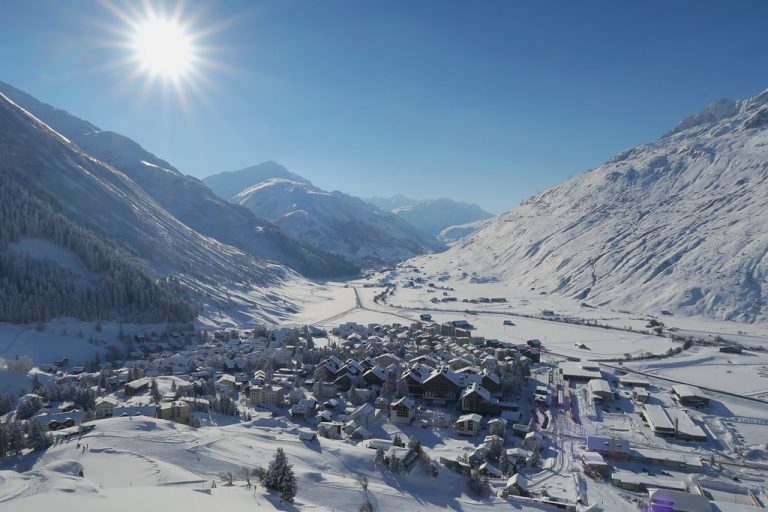 Andermatt
Previously a small and hidden ski resort in the Ursern valley, Andermatt, has doubled in size since 2013 and is now making an exclusive comeback for serious and intermediate skiers with many luxury hotels, apartments and... 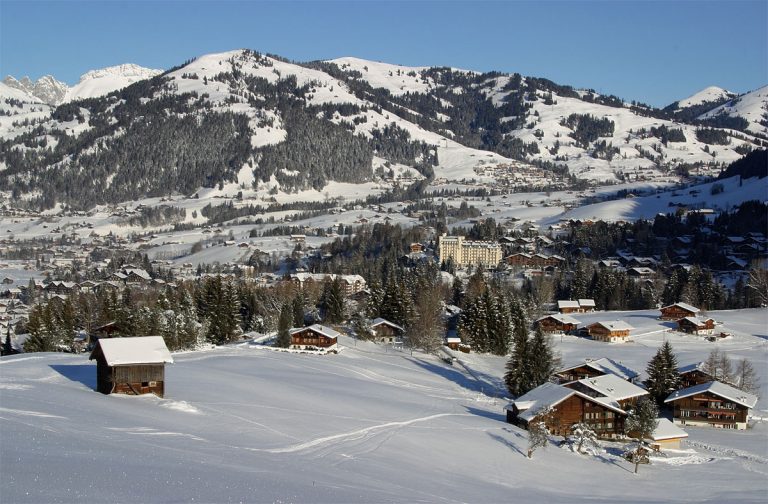 Gstaad
Gstaad is known for celebrity guests and high-end shopping. The area has all the visual appeal of a quaint alpine village, interwoven with excellent shops, restaurants, and a wide range of off-slope activities to augment your...

Wengen
This more than 100-year-old resort has been offering excellent skiing and scenery for a long time, and doesn’t show any signs of slowing down. Wengen is more than just a skiing experience. It is an Alpine experience. The... 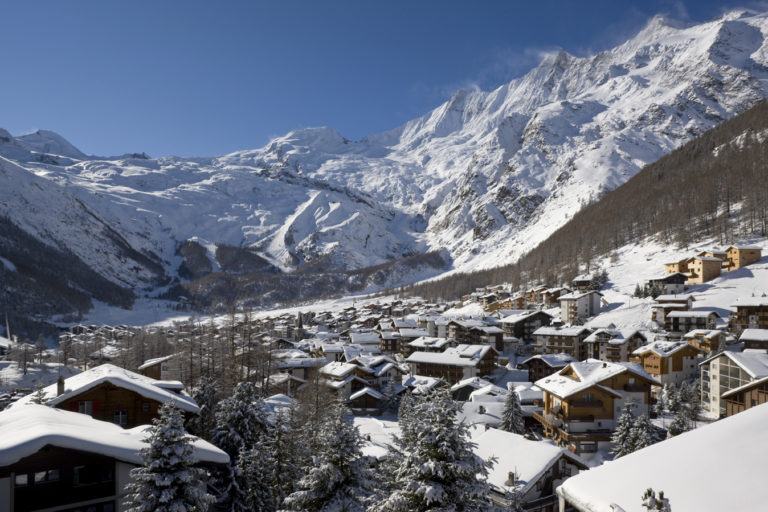 Saas Fee
Saas Fee is a beautiful little resort set in picturesque mountains, with lots to keep skiers busy, on and off the slopes themselves. Excellent for beginners and intermediates, après-ski is solid and there are activities to do...

St. Moritz
St Moritz is among the best known ski resorts, worldwide, and needs little introduction. Winter destination of the rich and famous, this posh location is more than just a shopping mecca and place to show of designer ski wear;...

Kitzbühel
Kitzbühel boasts a sizable ski area (including the SkiWelt network), reasonable prices, beautiful town, dynamic party scene, and the world-famous Streif/Hahnenkamm run for those who want to see what the buzz is all about. It’s...

Zermatt
Lying at the foot of the iconic Matterhorn mountain in Switzerland, Zermatt is everything an Alpine ski resort should be. It’s a car free village, boasts traditional good looks and the old meets the new in the form of a modern...

Verbier
Verbier is the main resort in the 4 Vallees – Switzerland’s largest ski area. It has a reputation for tough skiing and big nightlife which makes it very popular with a young and adventurous crowd. With 80 lifts serving...
©Copyright 2019 - skiaddict.co.uk