Kitzbühel boasts a sizable ski area (including the SkiWelt network), reasonable prices, beautiful town, dynamic party scene, and the world-famous Streif/Hahnenkamm run for those who want to see what the buzz is all about.

It’s easy to get to, beautiful once there, and the fun happens round the clock.

Kitzbühel is a beautiful little Tyrolian town, developed for silver mining in the medieval period. It holds all of the charm and pedigree a medieval town should, and is famous for architecture and beauty, both on and off the slopes.

As with most of Austria’s resorts, the best place to fly into is Innsbruck, a mere hour (97km) from the slopes. Munich is also often used, though it is a two-hour drive (165km), as is Salzburg at just under an hour and a half (81km).

The white-knuckling Hahnenkamm race takes place there each January, but apart from that the area is not choked by crowds, and people return year after year to experience both town and slopes.

The 215km of pistes listed for Kitzbühel does not include the adjacent SkiWelt ski area, which can be added to the lift ticket and greatly expands skiable areas.

At 800-2000m, the altitude can mean less snow, but regular snowfall does increase the reliability somewhat. The resort opens early, about the 13th of October and remains open to the 1st of May, though snow conditions are best in January and most of February.

The harrying potential of the Hahnenkamm race route aside, Kitzbühel is known for excellent intermediate runs and is well-suited to boarding. A visit there is worth it just for a ride on the 3S-Umlaufbahn, the gondola that carries passengers 400 metres above the Saukaser Valley, 2.5km from Pengelstein to Wurzhöhe. Stunning.

There is excellent off-piste skiing here too, with some skiers trading some lift convenience for the promise of more reliable snow and ample powder.

The nightlife here will not disappoint, allow skiers to easily transition from the thrill of the slope to the electric buzz of a high-impact party scene. Club Take Five is a top choice, elegant and lively, with regular and guest DJs – and multiple bars to keep drink lines shorter. Jimmy’s is popular too, especially with the locals, and if you’re after a taste of British Pub atmosphere, the Londoner has been providing it at Kitzbühel since the late seventies.

There is a good choice of restaurants too.

If you’re looking for something right on the mountain, Hochkitzbühel sits atop the Hahnenkamm gondola, with a sun-terrace view of the Streif run – and a Streif/Hahnenkamm race simulator if you want to try your hand. It serves higher-end Tirolean classic dishes. For a more economical choice, the Berghaus Tyrol is good, as is the Bergrestaurant Pengelstein (only accessible on skis or snowboards).

Off-mountain, try Il Gusto for excellent Italian fare, the Centro Café Bar Restaurant for cheap-but-delicious wood-fired pizza and other great deals on the menu, or spend a bit more at the gourmet Kupferstube.

The area has the Aquarena and the Panorama Badewelt for swimming and aquatic fun – but the focus is definitely all about skiing and nightlife. 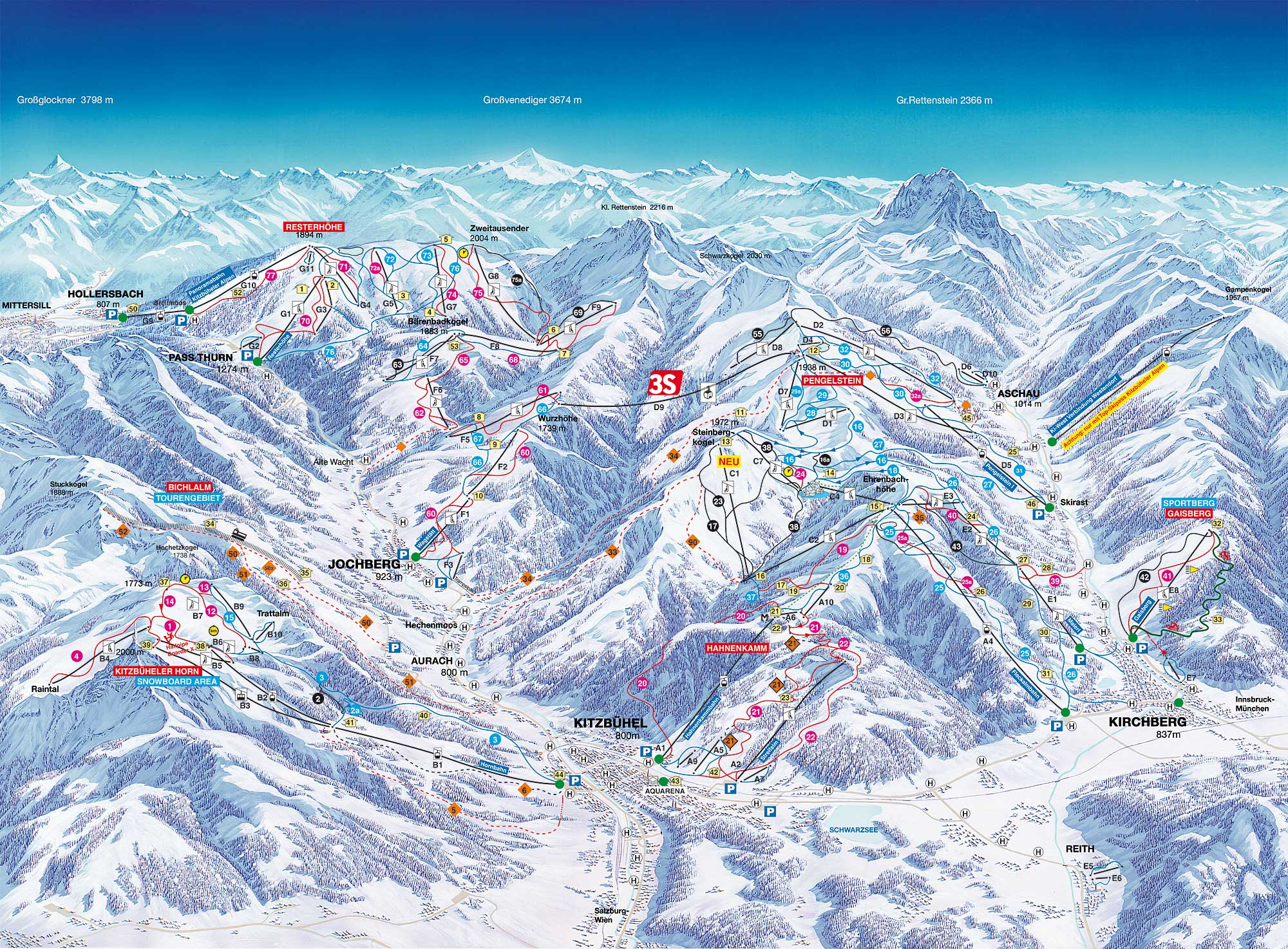 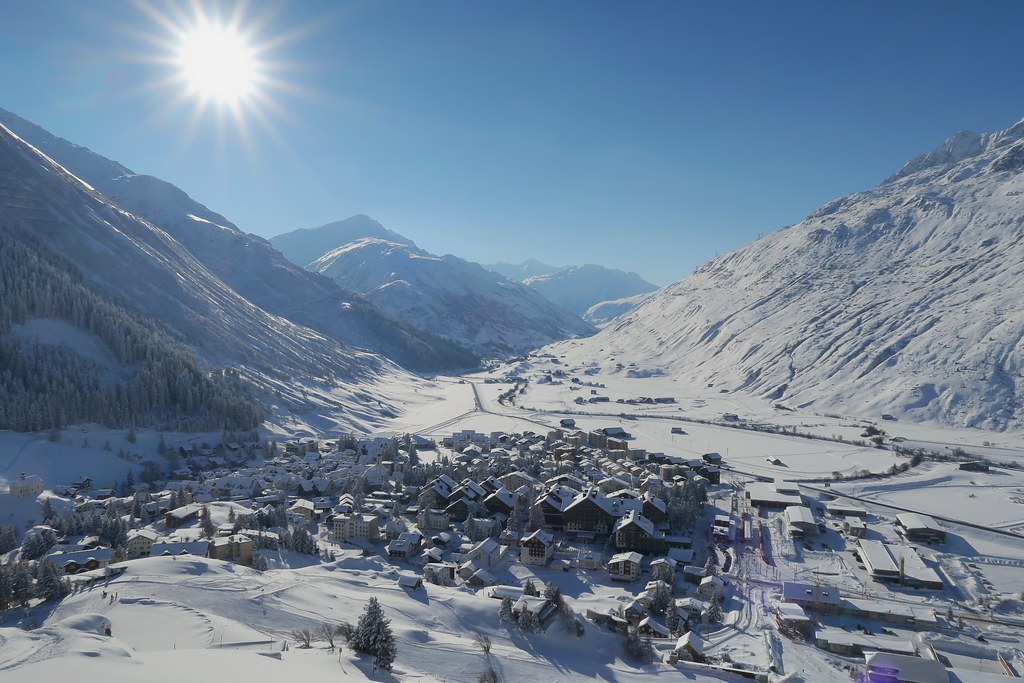 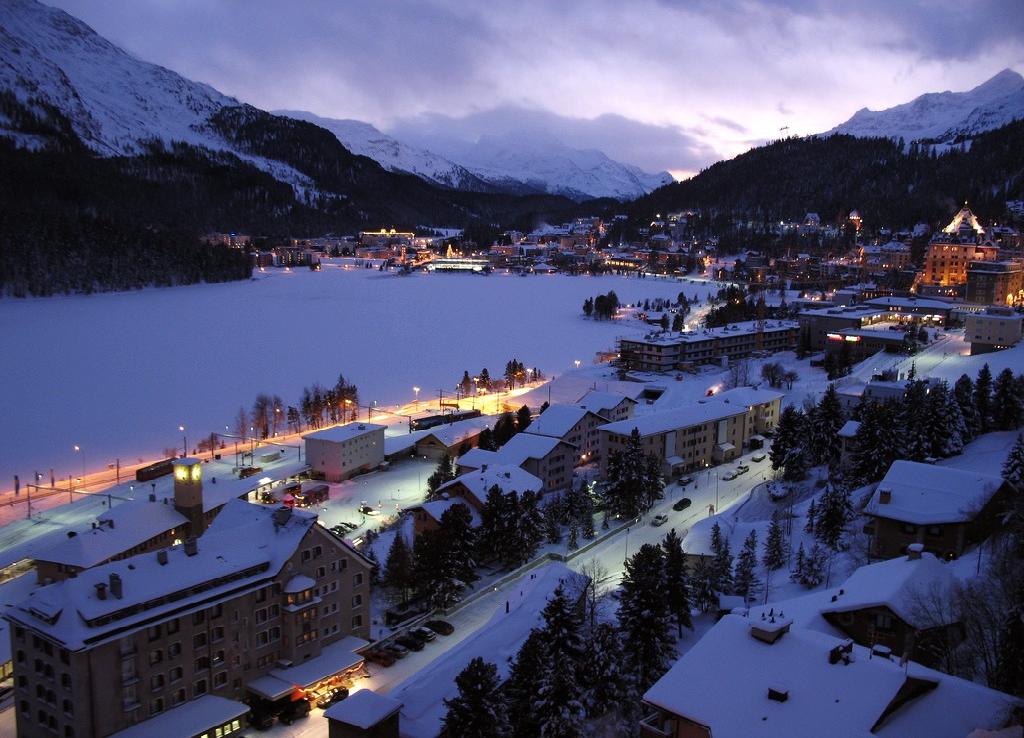