Ski Resorts in The United States

The United States needs no introduction, as it has been the world’s major player for most people’s living memory. It’s a big place though, and describing its skiing is like describing Europe’s skiing… it’s difficult to embody the variety available.

As far as we know, skis were not used in ancient times in the United States, the indigenous peoples developed snowshoes instead, where snowfall was sufficient to warrant some tool to help move around in the winter. It was emigrants from Norway, Sweden and Lapland who brought the activity with them. Ironically, the first skier of note in the USA was a postman named ‘Snowshoe’ Thompson (originally from Telemarken, Norway).

Ski clubs began to appear in the late 1800s around Wisconsin and Minnesota and in 1961 the United States Ski Association was born.

American ski history from that point onward mushrooms into a wealth of information. Olympic Winter Games hosting, Olympic medal success, world-class coaching and facilities, and the embracing of the activity by a wide range of Americans has meant that areas of the country are now synonymous with skiing, almost to the degree of the Scandinavian countries that brought the activity to them in the first place.

The American climate varies widely, from the frozen mountaintops of Alaska to the sultry heat of Texas and Florida, but most of the skiing happens in and around the Rocky and Cascade mountain ranges in the continental northwest – think Colorado and its neighbours. This area is cold in the winter, separated from the stabilising effects of the Pacific Ocean, and can produce some truly excellent skiing conditions.

In a place as large as the USA, quoting average temperatures – even for the ski areas alone – isn’t a practical exercise, but here are the averages for Jackson, Wyoming, by way of example:

The culture in the USA also varies a lot, but in ski resort areas it tends to be even more casual and laid back than it is in the country as a whole.

Rural areas tend to be quite conservative and there is often a strong religious influence, but at the ski resorts themselves you’ll find all kinds of people, and as a rule, they’ll mind their own business and let you mind yours. Americans tend to be very patriotic and it is seldom a good idea to get into a political (or religious) conversation unless started by the other person.

People are, in general, very friendly though, and want you to have a good time in their area.

The main languages spoken are English (the official language) and Spanish. Though in most places English is very dominant (almost exclusive), at the resorts you will hear other languages spoken by other visitors, and perhaps a few by staff.

The currency is the American Dollar (USD). Rates vary over time, but about 78p will buy you a dollar, minus fees.

The economy varies widely, from agriculture and industry to the harvesting of natural resources, such as lumber, minerals and oil. In ski country, the latter two are predominant.

Whatever you are looking for in a skiing experience, you’ll be able to find it in the US. Couple that with some of the best scenery around (especially in the less-developed, more remote areas) and you have yourself the setting for a great holiday.

Top on the list of what comes to mind when people are asked about skiing in the USA? Powder. Especially in the Rockies, where altitude and the massive moisture engine of the Pacific Ocean combine to dump snow on the slopes by the thousands of tons, and especially for those happy to go off-piste to find virgin slopes, there is no place better in the world.

The sheer size of the country means that the variety of skiing experiences on offer is almost endless. If you want long, easy runs, there will be resorts that have them in spades. If you want a bone-rattling descent to challenge even the best of daring skiers, they have that too. Intermediate skiers get the best of the deal, as they can ski the more advanced slopes of a tamer resort, or the tamer slopes of a cliff-side mecca for the daring.

Along with the skiing itself, resorts offer the usual massive portion sizes, free-flowing alcohol, and active party scene that American resorts are famous for. On, or off the slopes, a holiday booked at a quality American resort will be a time of good fun… and great skiing. 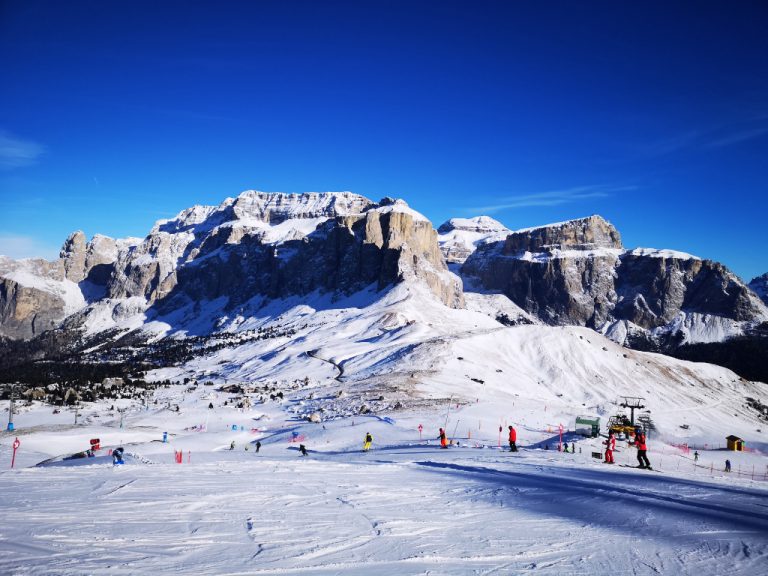 Alta
Alta, USA opened in 1939, making it one of the oldest ski resorts in the United States. It is a resort known for its extreme terrain and experts will love the unbeatable on-and-off-piste powder as well as having a nearby sister... 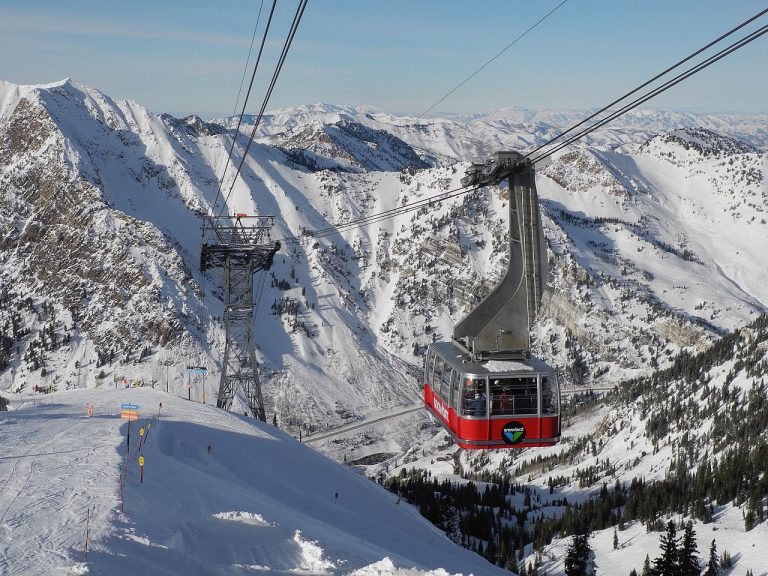 Snowbird
With an average snowfall of at least 500 inches, Snowbird USA is well known for its excellent and reliable powder. There is a full-service pedestrian village here offering several restaurants, accommodation and a little bit of...

Telluride
Imagine surrounding yourself amongst the dramatic 14,000m high San Juan mountains in southwestern Colorado with 2,000 skiable acres of snow packed runs with a charming historic town. The name “telluride” may have been adapted...

Big Sky
Amid the wide-open spaces of Montana in the western United States, Big Sky Resort lives up to its name with gorgeous views of the Madison Mountain range and Yellowstone National Park. Located an hour’s drive from Yellowstone,...

Vail
Vail is legendary, and with good reason. Any type of skier will find something interesting and challenging – or relaxing – here, and the après-ski options are plentiful and of good quality. It’s a bit of a drive from...

Aspen
Aspen is a name synonymous with skiing in the United States. The area consists of four main skiing resorts (Snowmass, Buttermilk, Aspen Mountain and Highlands) known collectively as Aspen Snowmass. Visitors can fly into the more... 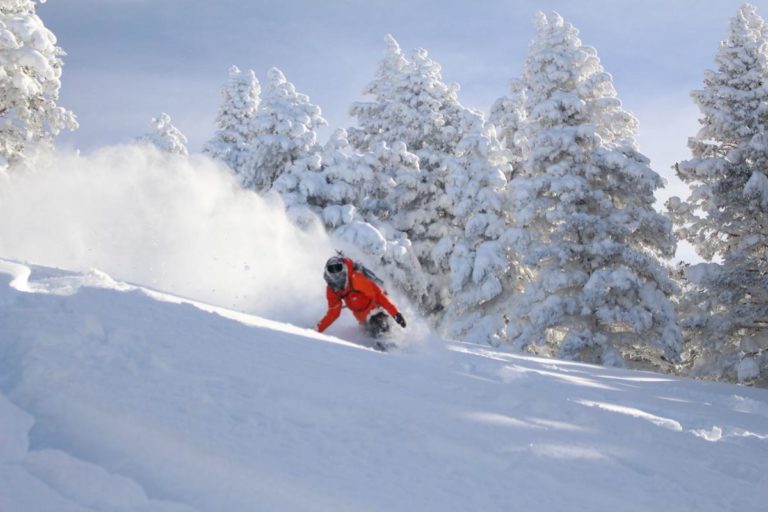 Powder Mountain
Located between Eden and Paradise, Powder Mountain is undergoing expansion and development and is set to be the new skiing playground of the billionaire elite in the USA – and for those who would like to join them for a ski. ...

Jackson Hole
Located next to the Grand Teton National Park and just over an hour from Yellowstone, Jackson Hole enjoys a stunning natural location. Consisting of two mountains, Apres Vous and Rendezvous, expect to some of the steepest slopes...

Breckenridge
Often described as the perfect ski resort town, Breckenridge’s charming Victorian façade disguises one of the biggest après ski scenes in the US. The main street is lined with bars and restaurants, and the party continues...
©Copyright 2019 - skiaddict.co.uk