Often described as the perfect ski resort town, Breckenridge’s charming Victorian façade disguises one of the biggest après ski scenes in the US.

The main street is lined with bars and restaurants, and the party continues long into the night. But don’t forget about the skiing.

With a couple of excellent beginner areas, a huge amount of long cruising intermediate terrain, and some testing runs for advanced skiers too, there’s a little something for everyone.

Back in the day, Breckenridge was one of the first resorts to embrace snowboarding and still has a great park and pipe scene.

Breckenridge might just be as well known for its nightlife as its skiing. This picture-perfect mountain town features more than 30 bars, pubs and eating options just on the main street.

There can’t be too many ski resorts that have their own brewery. There’s all kinds of fun on offer here, from quiet and cosy drinks to full scale parties.

Most of the main après ski takes place arounds the base of Peaks 8 and 9, but just off main street you’ll find plenty of other hip hang outs. T-Bar is located just a few steps from the BreckConnect Gondola so it’s easy to get back to town. Base 9 bar is a more upmarket place famed for its Martini cocktails.

Top eating options include the Breckenridge Brewery and Downstairs at Eric’s where you’ll find good quality but simple food. For a fine dining experience, head to the Hearthstone Restaurant.

If you are planning on eating on the mountain, then the best advice is to get there early as it can get pretty busy. This is especially true at weekends when then city crowd from Denver really packs the place out.

The town itself is pretty, with Victorian architecture and Colorado’s largest historic district. The shopping here is also exceptional and it’s also a starting point for some of the state’s best hiking.

Breckenridge has done its best to cater for beginners. Around 600 ski instructors teach 90,000 lessons each season, with the main beginner area being around Peak 8. This recently remodelled spot is dedicated to learners and has its own lift to keep things safe. There’s also another beginner area around the base of Peak 9, with some nice wide green runs off the Quicksilver high speed quad that are perfect for progressing.

Around half of the ski area is rated at intermediate level, with long cruising runs of up to six kilometres in length. There’s also some mid-range bowl skiing with nine high speed quads and six chairlifts covering the main intermediate areas, so you can get around quickly and easily. The runs are spread over all four peaks, but start at Peak 9 for the biggest choice.

Breckenridge also has a pretty good reputation for advanced skiers, with some tough terrain accessible from the Express Superchair and double black diamonds off Peaks 7 and 8. The south side of Peak 10 is also where you’ll find some big mogul runs and thin wooded terrain. Check out the aptly named Boneyard and Psychopath runs, as well as Whale’s Tail and Lake Chutes.

Breckenridge is also a top snowboarding destination, with a real pedigree in the sport. It was one of the first in the world to embrace the new medium in the mid 80s and held the world’s first snowboarding competition. There are four terrain parks and three pipes, including the acclaimed Freeway Terrain Park/Pipe.

Breckenridge is also part of the Vail Resorts family, so if for any reason you do get tired of the four peaks, you can also check out Keystone, A-Basin, Vail and Beaver Creek.

Breckenridge is perhaps better known for its beginner areas, confidence boosting cruisers and snowboard pedigree, but there is some good low key off piste here too. It’s probably more suited to mid-level freeriders rather than experts (who may be happier at Jackson Hole). But if you like to get away from the pisted slopes there is plenty to explore.

Peak 6 is technically not be off-piste but it feels just like it. Hike about ten minutes from the chair and you’ll find a huge powder bowl. Regular ski and avalanche patrol keeps things safe. In fact, like most US resorts, all inbounds slopes are avalanche managed.

From the top of Peak 8 check out Imperial Bowl, and the hanging valley between 8 and 9 is always worth a look. Get to Peak 10 early and you can find untouched powder on the excellent Crystal, Centennial and Doublejack. 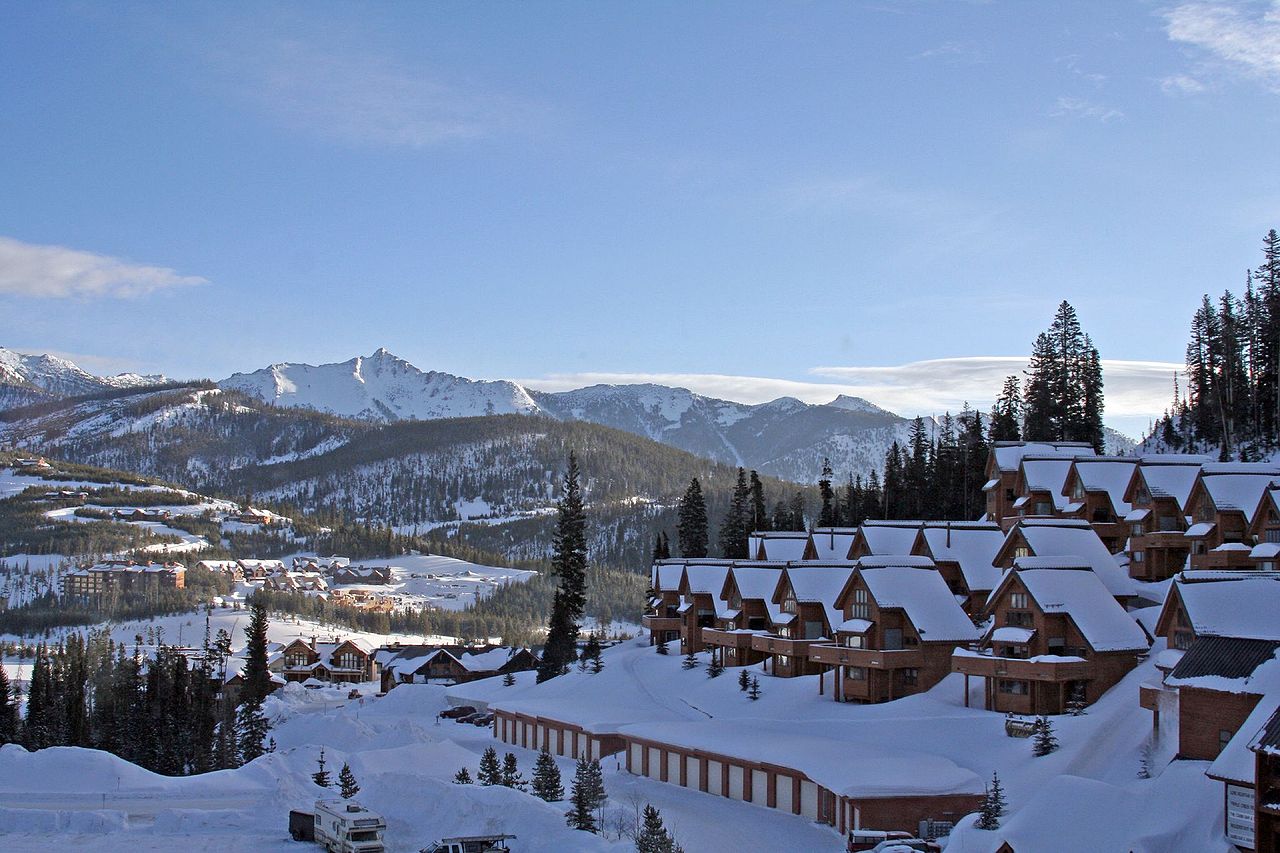 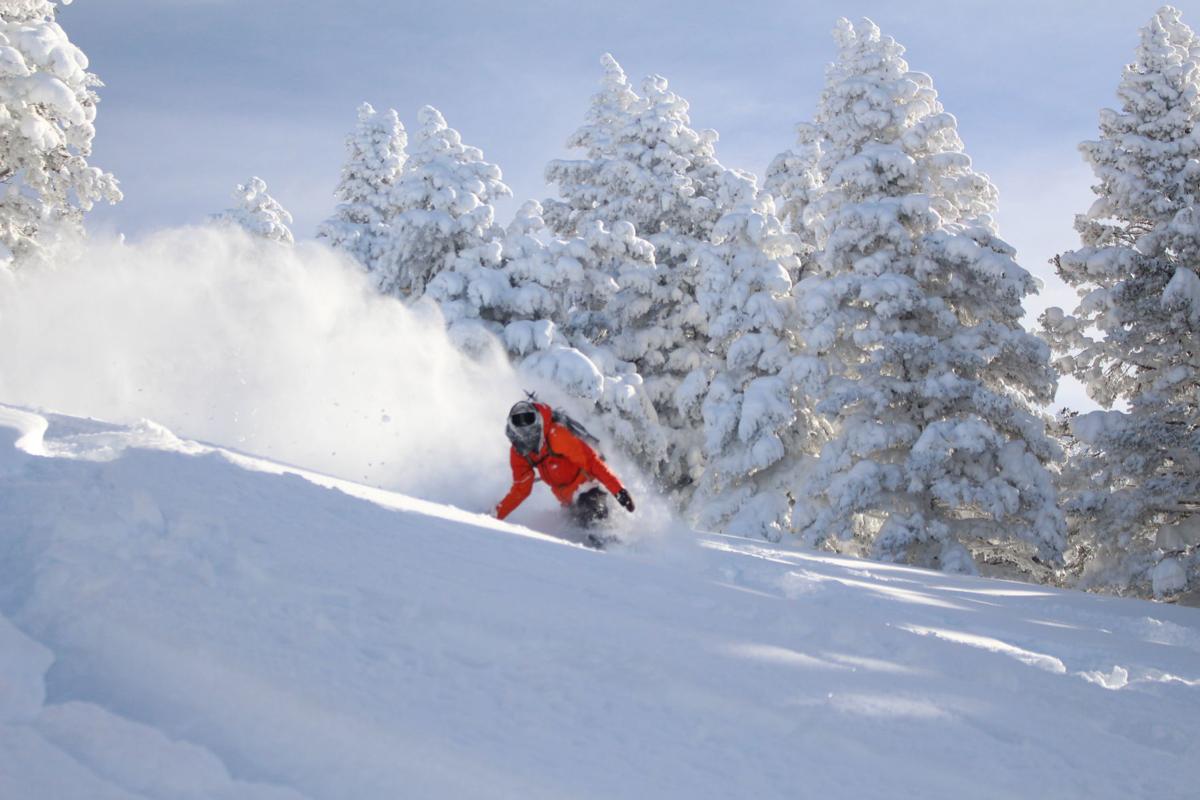 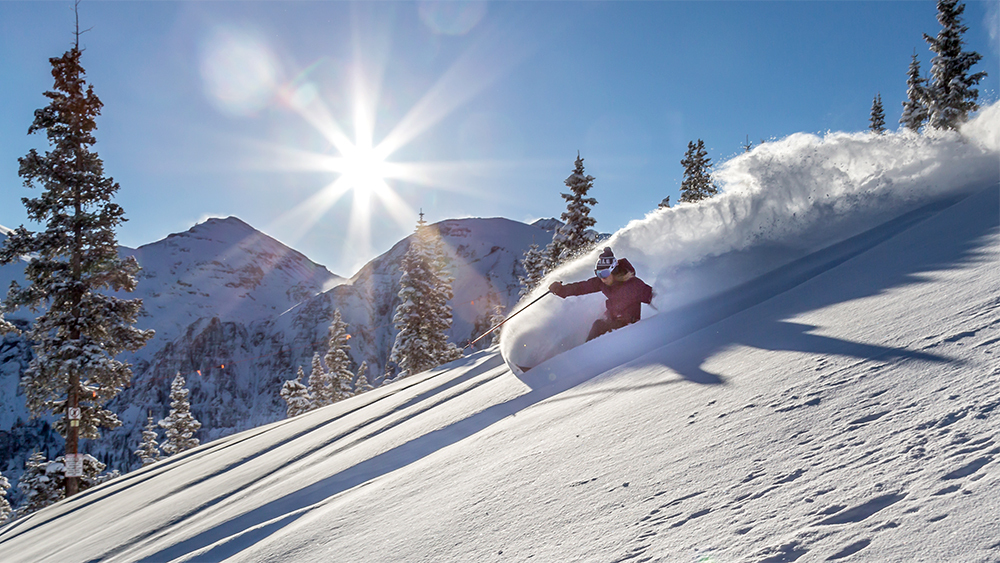