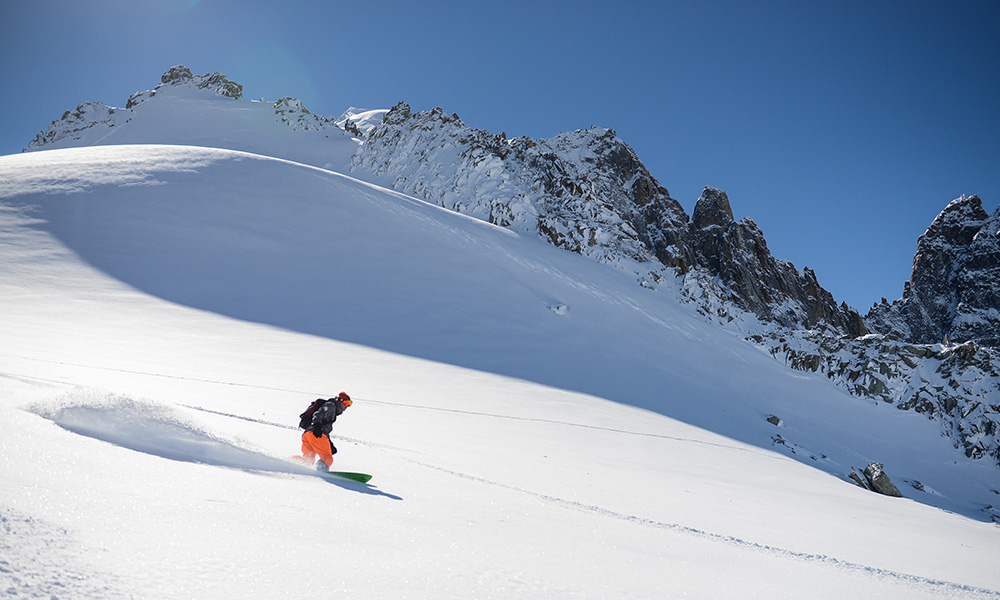 This valley, with its string of villages and ample skiing terrain, is an attractive spot for those whose focus is primarily on the slopes.  Popular with families, those who can overlook the busy central road and some of the less-attractive buildings, will enjoy the cobbled streets and friendly tone of this little hub of winter fun.

Serre Chevalier is comprised of a town, three main villages, and several smaller ones, all situated in the valley and linked to each other by road and to the pistes by lifts. This isn’t a resort known for its atmosphere and beauty – the combination of a busy road running through the middle of it and the plainer buildings from the sixties and seventies have seen to that – but it can be an economical place to stay (relatively speaking), and the skiing and snow conditions are excellent.

The more modern buildings are not attractive, true, but the small villages maintain the charm you would expect from an alpine skiing experience (aside from the traffic). There are lots of small hotels, mostly family run, and only recently has there been much development of four-star accommodations.

You’ll have a good time here if you’re looking for something laid-back, friendly, and focussed on fun in the snow.

About two hours east of Grenoble by car, this resort is relatively easy to get to, and well worth it once you’re there. The road from Grenoble can be closed sometimes though, so check before leaving the airport if you’re hiring a car, and have a backup plan in place.

This area, though rich in intermediate and more advanced runs, is well-suited to family vacations, and is not known as a hub of the party scene. It is popular with snow-boarders and the varied terrain is pure joy to those with a love if tricks and technical challenges. It gets very busy in February and March, as the French school holidays

Snow conditions are reliable, kept in good condition by the north-facing aspect of the pistes, the snow machines on the lower slopes, and the elevation of the higher ones.

The altitude adds to the reliability of the snow, especially on the higher slopes, and the lower ones are augmented by artificial snow to keep them in shape throughout the season, which runs from the 1st of December through to the 22nd of April.

The bars are spread out among the villages here, and so it is difficult to pin down a central party area. As a result, it’s known as being pretty quiet. Try Bar de l’Alpen in Le Monêtier, or Frog, 1420, the Cocoon, or Grotte, in Villeneuve.

During the day, a visit to Briançon will not go amiss, with its excellent restaurants, pâtisseries and auberges. It’s a 17th-century fortified town, and its status as a World Heritage site attests to its quality. Other options include the higher-end Maison Alliey (in the Hotel Alliey), the less-pricey restaurant in the Hotel Europe, and Kawa.

There are some great activities around this resort, from the nearby amusement park to on-slope fun, like downhill wheelie-trikes, tobogganing, night-skiing and fireworks. 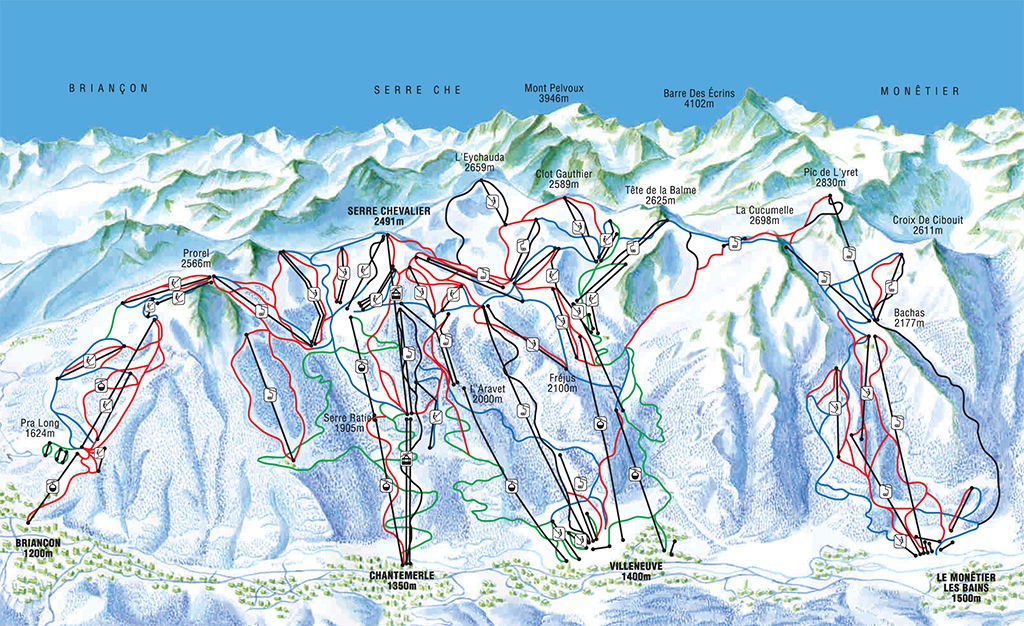